The plots and analyses on this site use the Europe-wide data from: entsoe. For most countries the data available on the entsoe site, starts on 5 Jan 2015, however in a few cases the data for 2015 is missing or has extensive omissions. The yearly EXCEL files are downloaded from the site with times set to UTC. The entsoe files have 21 different fuel types, for simplicity coal, oil, peat and "other" are combined and called "coal" in the plots. "Fossil" is this "coal" plus all classes of gas.

Correction of errors in entsoe data.

Occasionally, there are missing entries in the entsoe data, marked N/A. These N/A entries are edited out by hand. For short periods (hours, 1-2 days) the N/A is replaced with an interpolation from the nearby data. For long periods the N/A are set to zero. This is more often the case for the cross-border flow data, particularly for eastern borders. Rarely there are clear errors in the data with entries set anomalously  to zero or very low for short periods. These omissions are usually 1-3 hours. These also are corrected by interpolation.

The entsoe database only contains data from 2015. and only for European countries The  BP Statistical Review of World Energy has data for the whole world, starting from 1965 for a few countries and 1985 for most countries. Plots starting before 2015 in this website use this BP data.

Data is analysed and plotted using Wolfram Mathematica. The Wolfram database is used for some of the weather plots and for some information on power plants.

The Open Power System Data website has extensive resources for studies of electricity data. From this site, location data of renewable powers stations are used and also weather data for some plots. The electricity production data is not taken from the site but from the source entsoe site as described above.

Data is available in different from other sites and a few plots on this site use data these sources.

The different fuel types in the mix of electricity production have vastly different emissions of CO2 and so different contributions to global warming. Many detailed studies have been performed to estimate the CO2 equivalent emissions in the life-cycle of power plants, taking into account numerous factors ranging from construction to operation, as well as the emissions during fuel consumption. Because of the complexity of these studies different values exist for gCO2 equivalent/KWh of produced electricity.

The analyses on this website use values published by IPCC in 2014 as shown in the figure below. 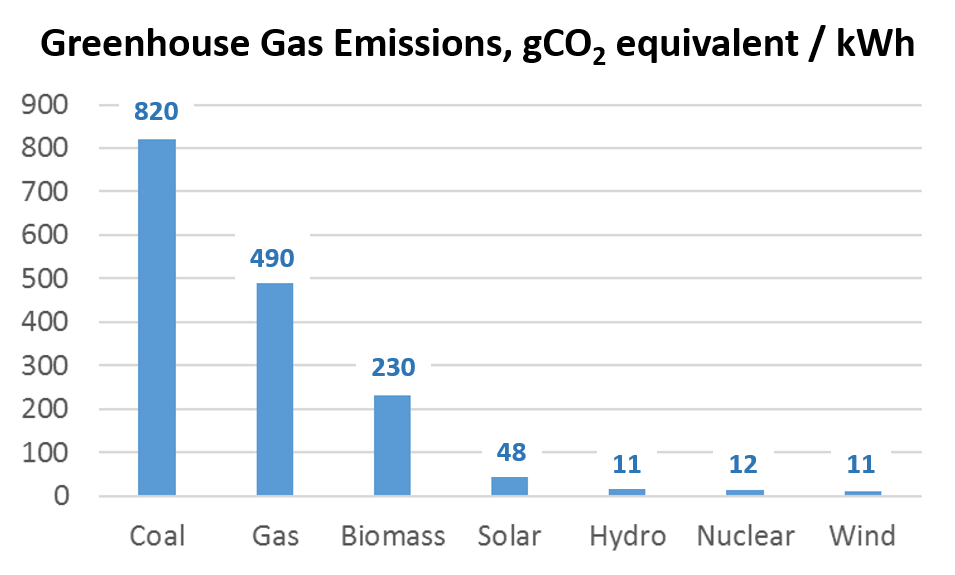 The figure below indicates the range of values from different studies. 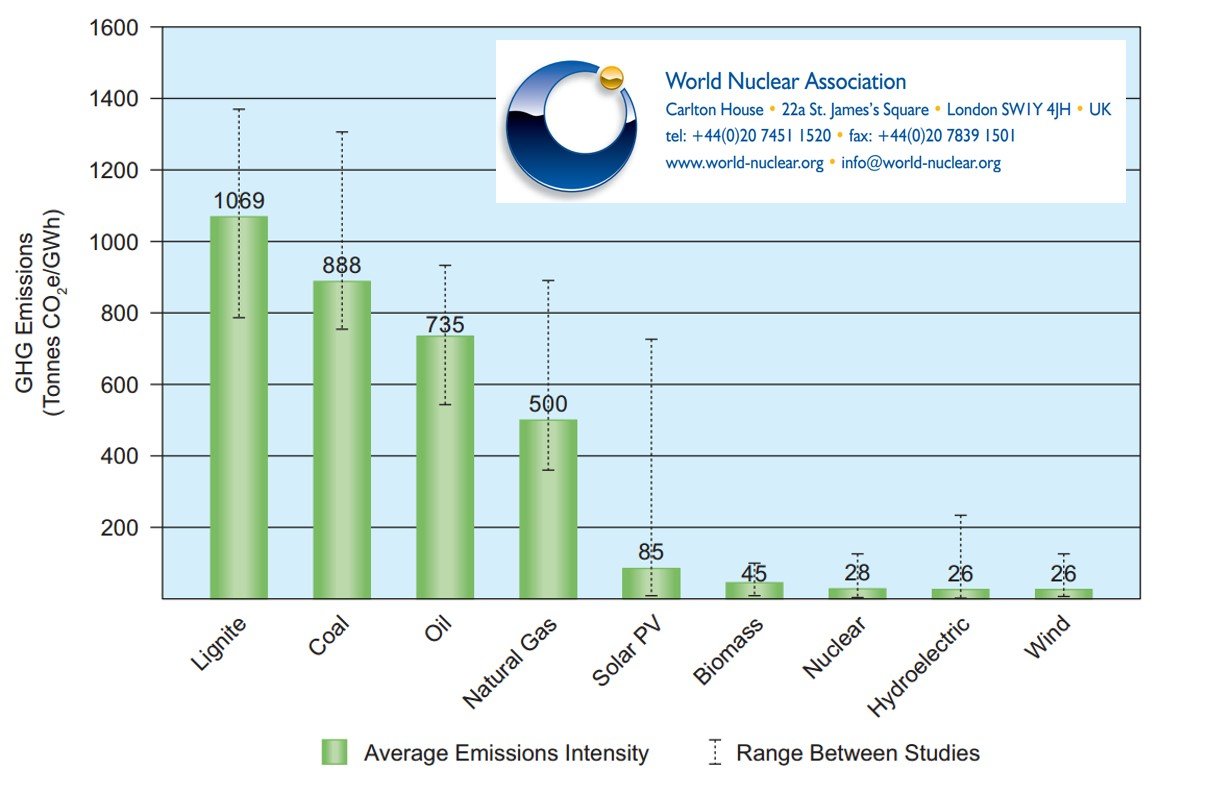 Here it can be seen that there is a large range of values between studies. In the plots which compare CO2 equivalent emissions between countries these differences would not influence any conclusions because the essential feature  is the factor 50 difference between fossil fuel and renewables. With this it is the fraction of fossil fuel generation which really defines the polluting nations.