Spread of COVID19 Epidemic in Europe 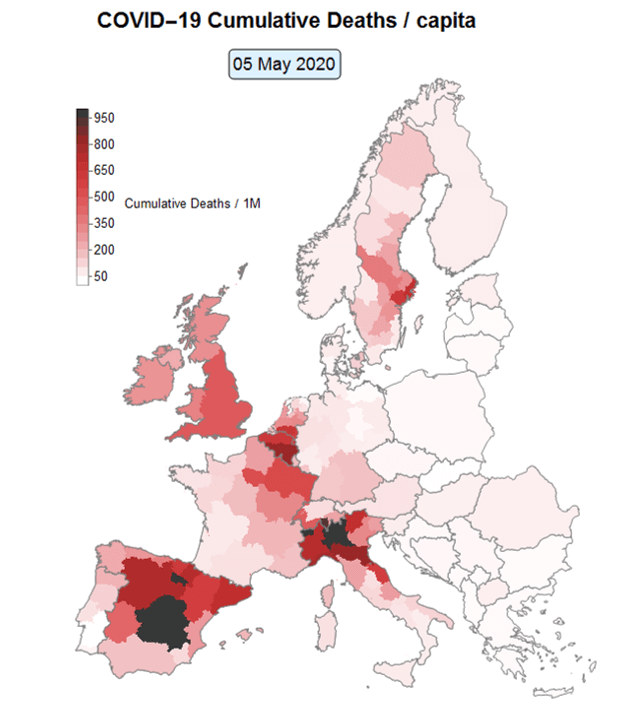 In Europe the COVID19 Epidemic started in Italy at the end of February 2020 in Lombardy. By Mid-March hot-spots were growing in the Madrid region in Spain and the Grand Est region in France. By the end of April significant numbers of deaths were occurring in most of Western Europe. Eastern Europe remained with much low incidence.

Below are two time sequence animations of the evolution of the incidence of COVID19 deaths regions of Western Europe. The first animation show cumulative deaths / 1 million inhabitants and the second average daily deaths in the last week.

It is clear there are enormous variation in the mortality rates between different regions in the same country.