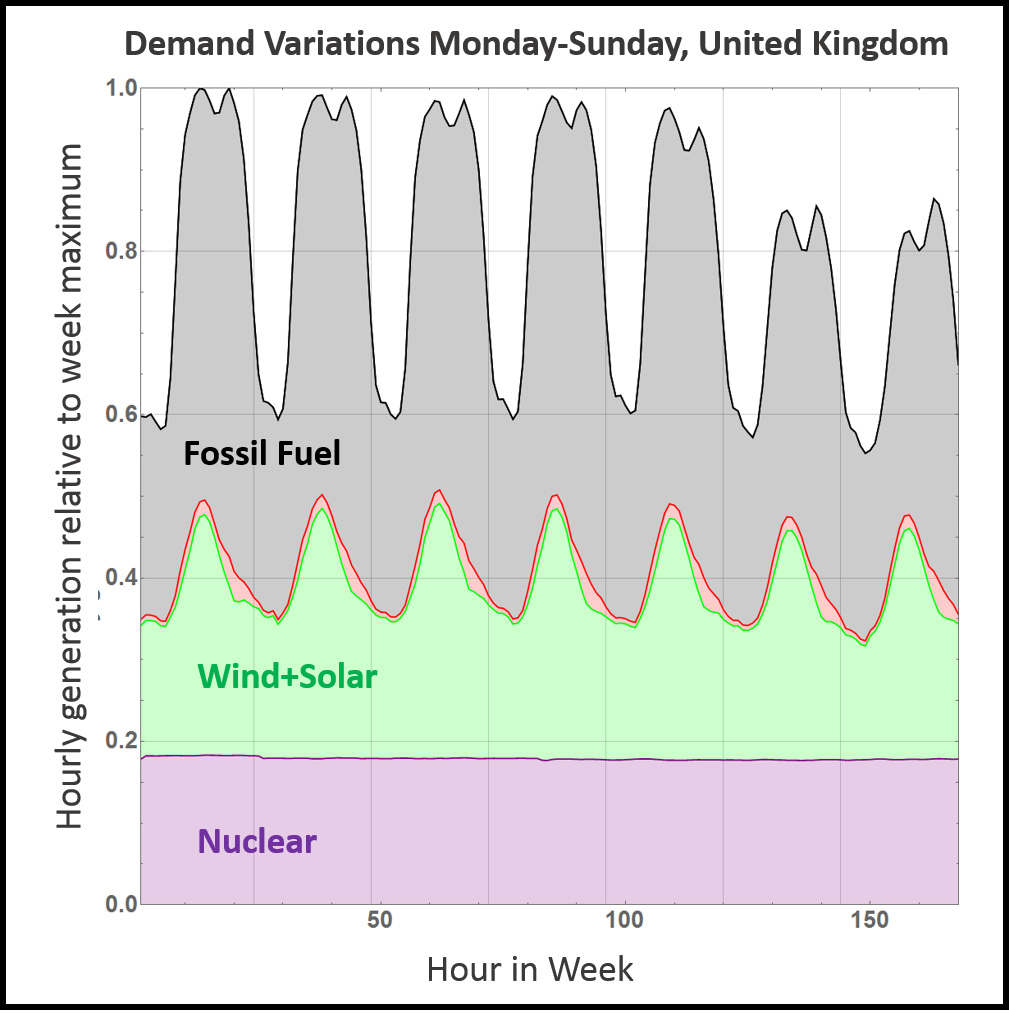 Consumer demand varies greatly between day and night and from season to season.These variations must be accommodated by the generation systems available in a particular country. Wind and Solar power are not able to be controlled to adjust for these demand variations and so other fuels must be used to do this. 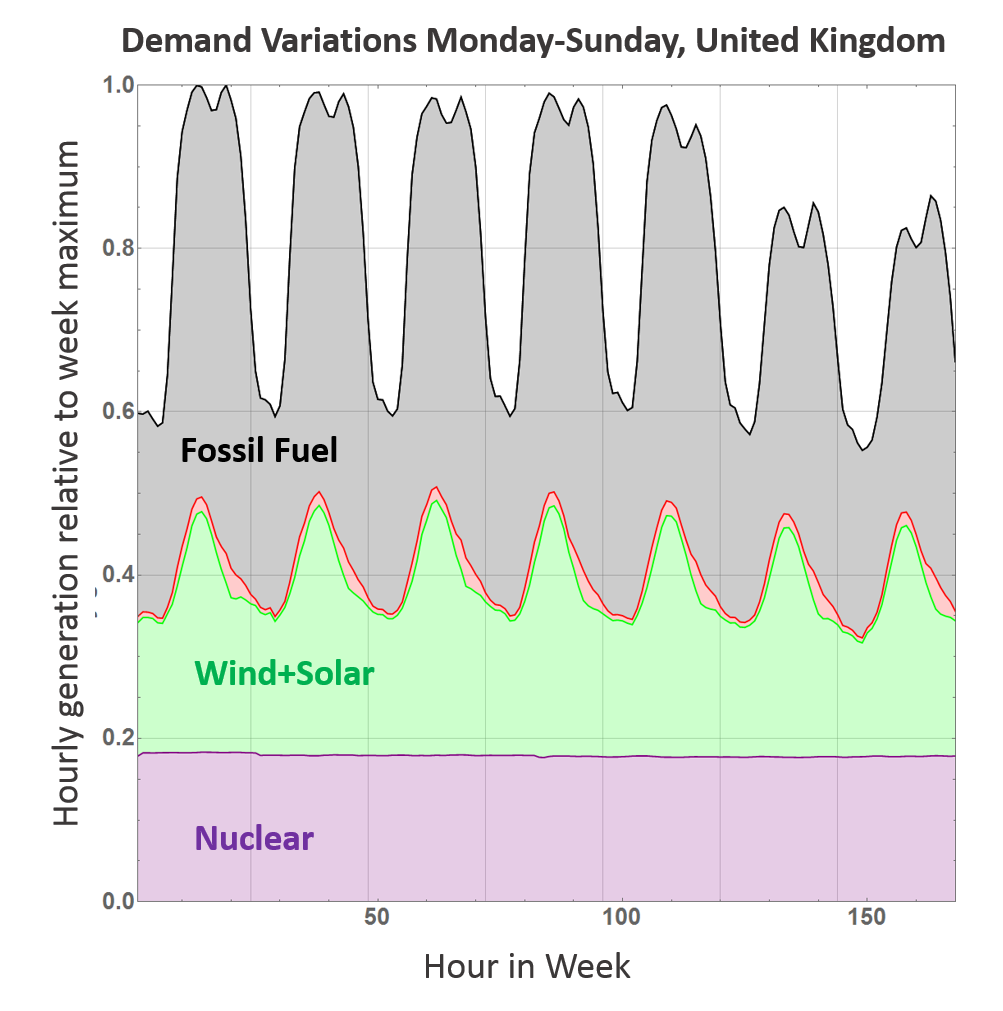 In the examples below, the demand on Saturday/Sunday night is 55% of the peak demand in the morning of week days. All days have two peaks of consumption one in the early morning and one in the early evening. In Germany these demand peaks are partly compensated by hydro production. In this example, energy is saved at night using Pumped Hydro Store and released at the two demand peaks during the day.

The magnitude of these variations are different in different countries. Plots for individual countries can be found in the specific country pages. 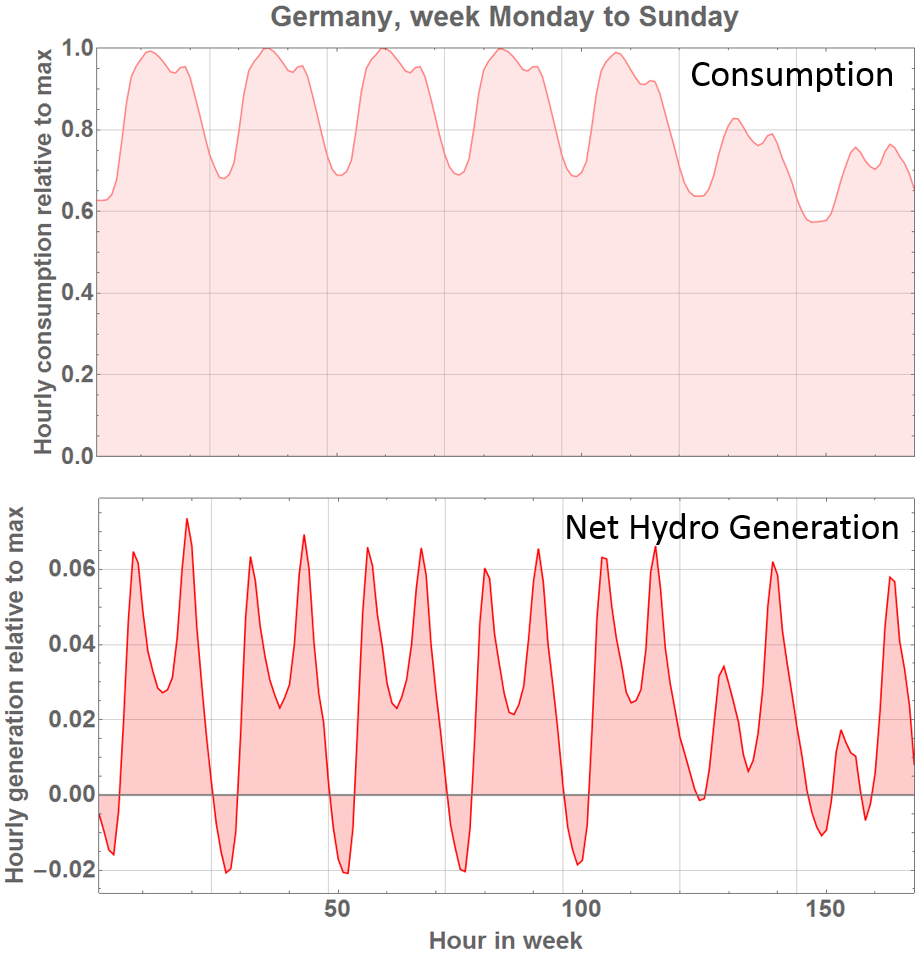 The "sustainable" power sources, wind and solar, are not controllable  and cannot adjust for the demand peaks. 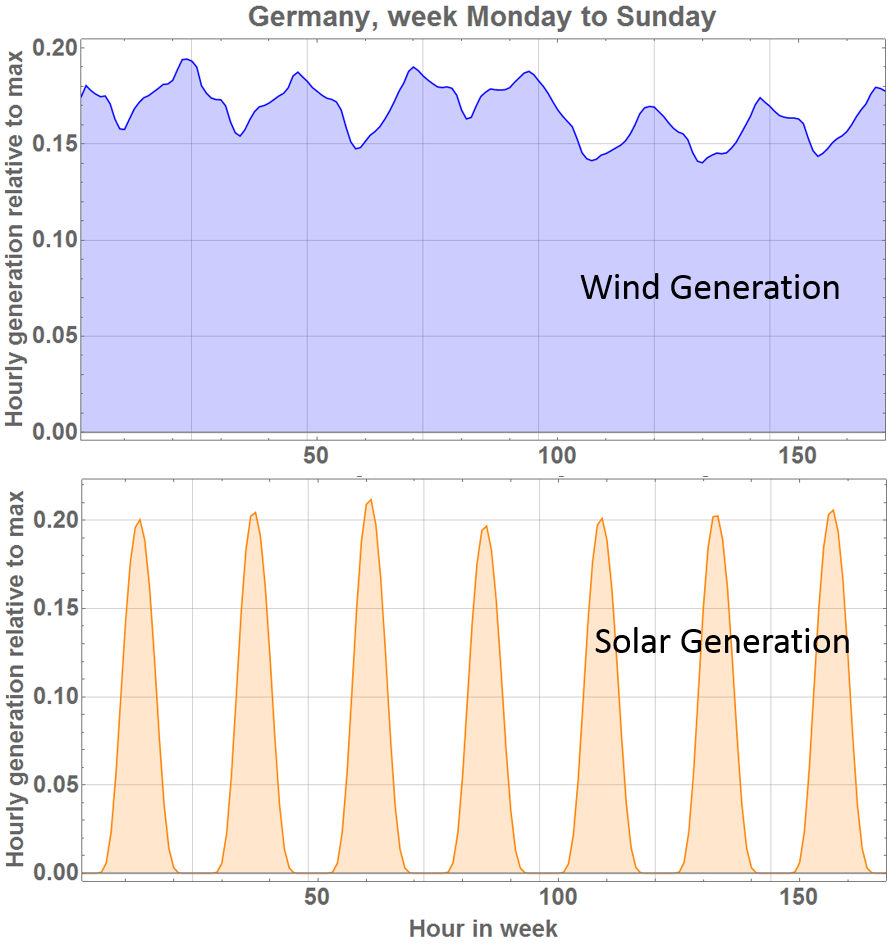 Solar production peaks when the sun is highest around midday and does not match the demand peaks. Wind production has a tendency to be stronger at night and low during the day, again not matching demand.