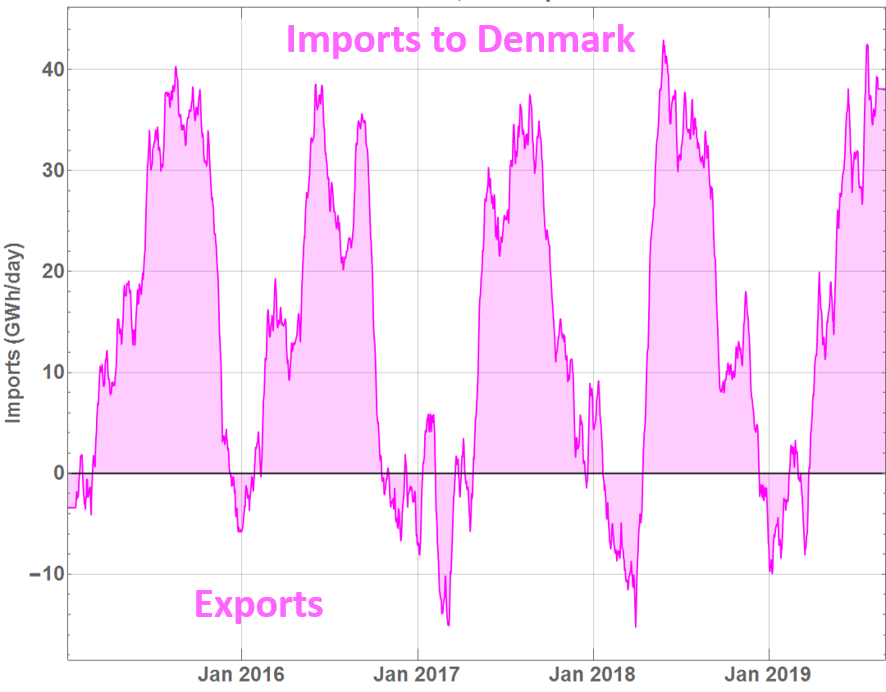 The local electricity generation mix for Denmark has 47% wind power and 3% solar power averaged over 2018, with the rest mix as 32% fossil fuel and 17% biomass+waste. Because of the large fraction of renewables, Denmark is frequently cited in the media to demonstrate the virtues of these energy sources, for example:

The plots on this page show the reality of electricity consumption in Denmark.

The animation below shows the fraction of consumption average over hour in each month from September 2017 to August 2019. It can be seen that while at some times wind provides up to 70% of demand in winter, in summer up to 50% of imports are required to balance demand.

The animation shows averages over the same hour throughout each month.

Below are plots of wind+solar generation which demonstrate how the imports/exports and fossil fuel generation are needed to even out the peaks and valleys in renewable production.

The values shown are the fraction of consumption, with a sliding average over 3 days. 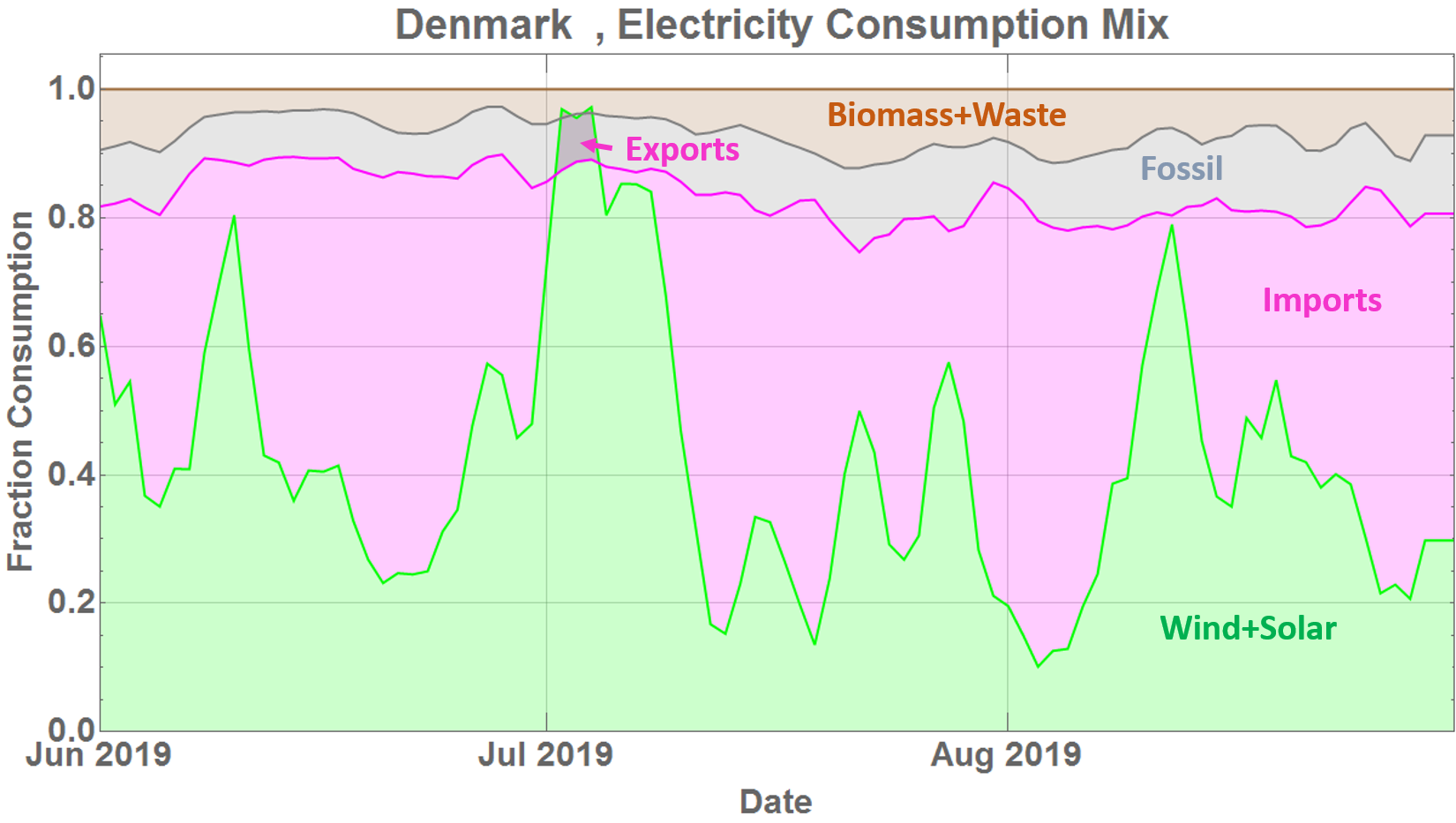 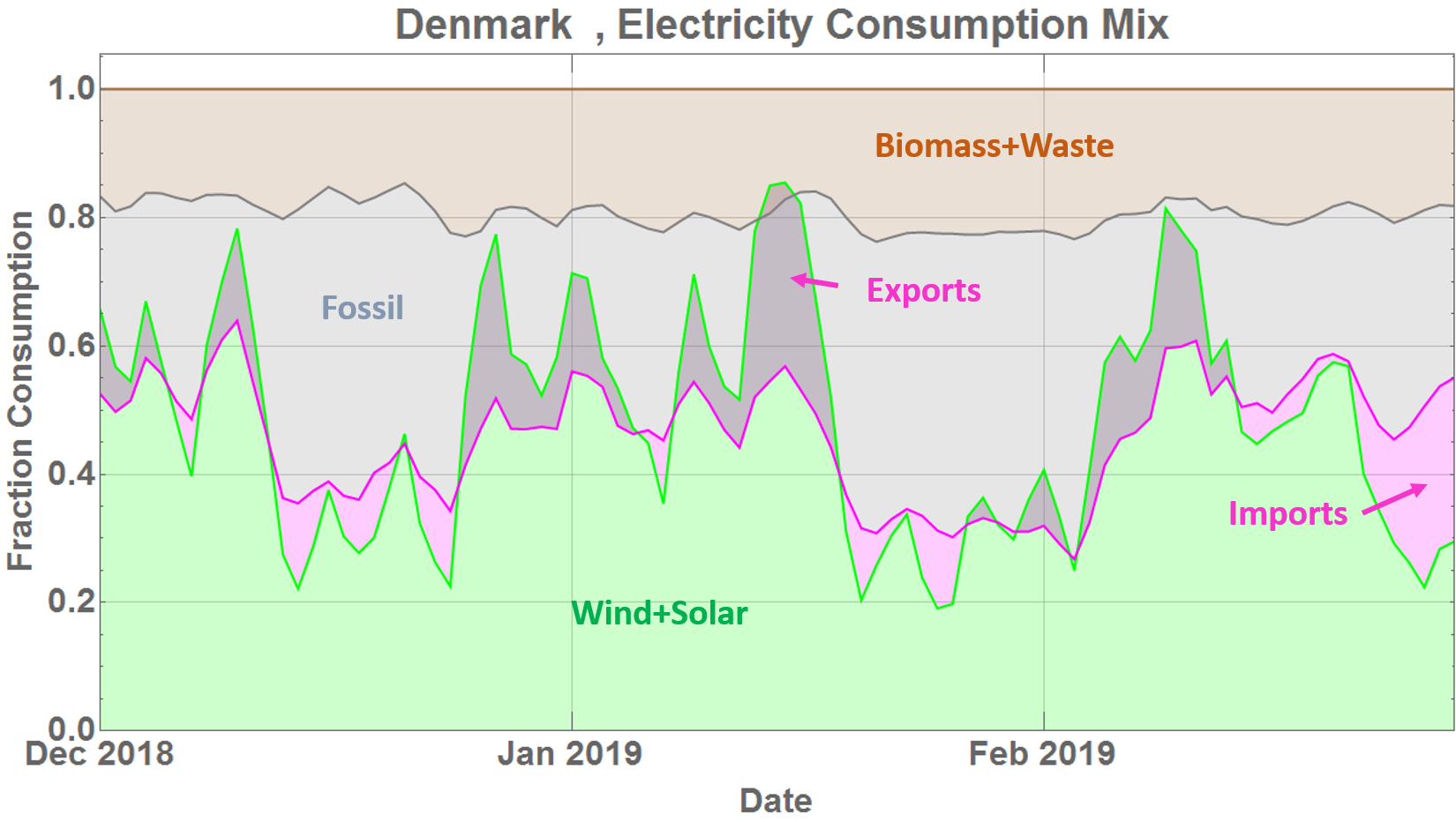 In the winter, wind generation is higher on average with some peak generation being exported. The demand is satisfied by variations of both imports and fossil fuel generation.

The electricity exchanges of Denmark are with Norway, Sweden and Germany. 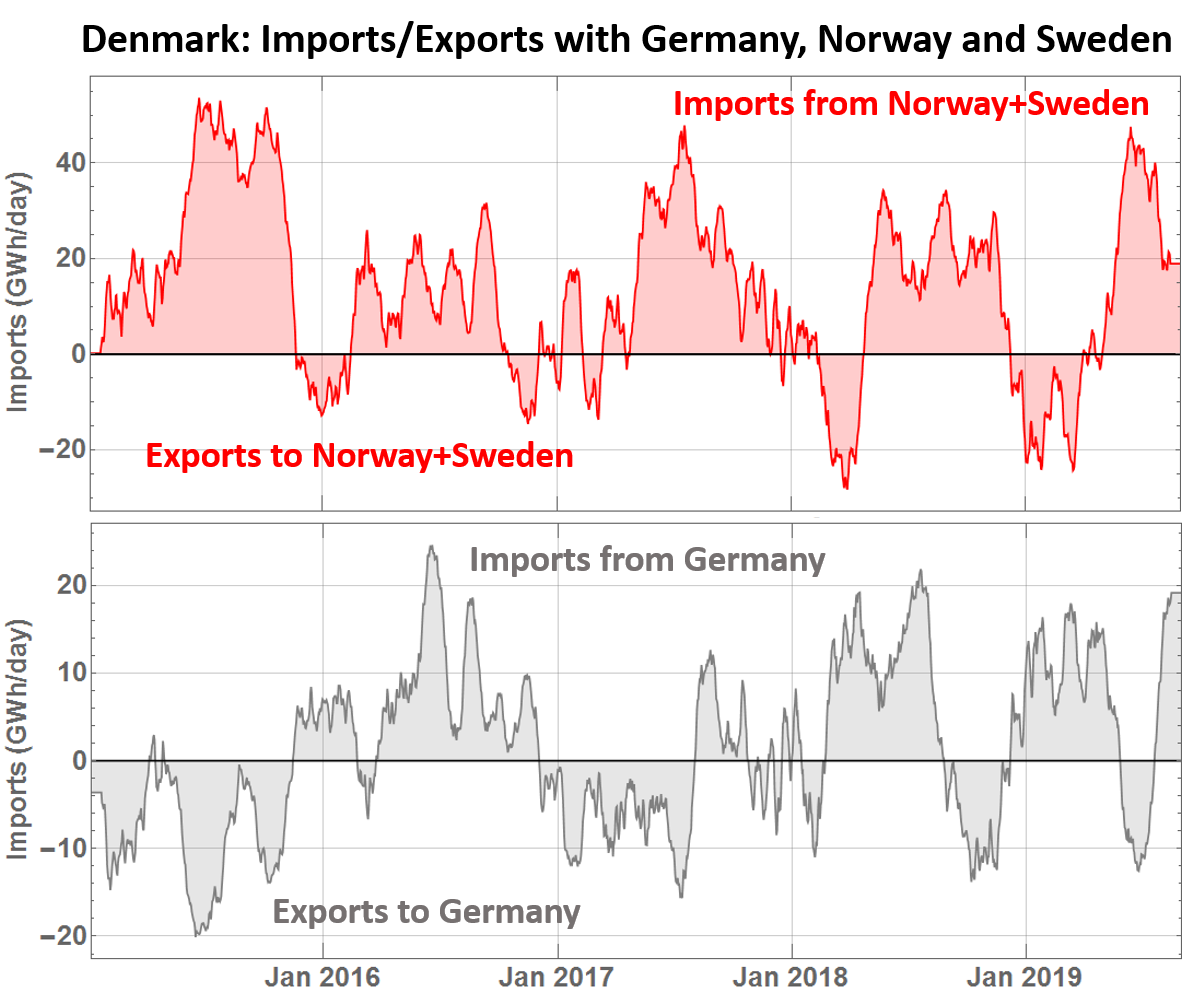 Often the imports and exports are explained as using the hydro-electrical facilities in Norway and Sweden as storage batteries. However, the imports outway the exports on average and in 2018 net imports were 17% of consumption. Further, the imports/exports to Germany, which has little hydro and much fossil generation, are significant.