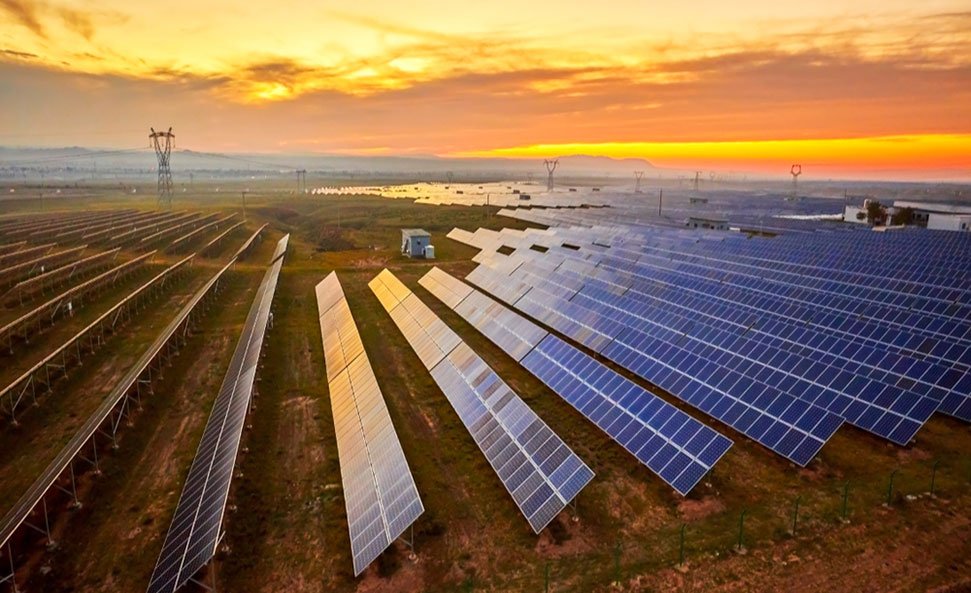 Solar power electricity generation in Europe is limited to a few hours around mid-day in summer. This period is mismatched to the peaks in demand which are in the early morning and evenings. Further demand is larger in winter than in summer.

This mismatch in the solar production, is due to absorption of the radiation in the atmosphere when the sun is at low elevations during the winter and during the early morning and late afternoons.

Electricity generation as fraction of installed capacity for countries in Europe with the largest solar power capacity. 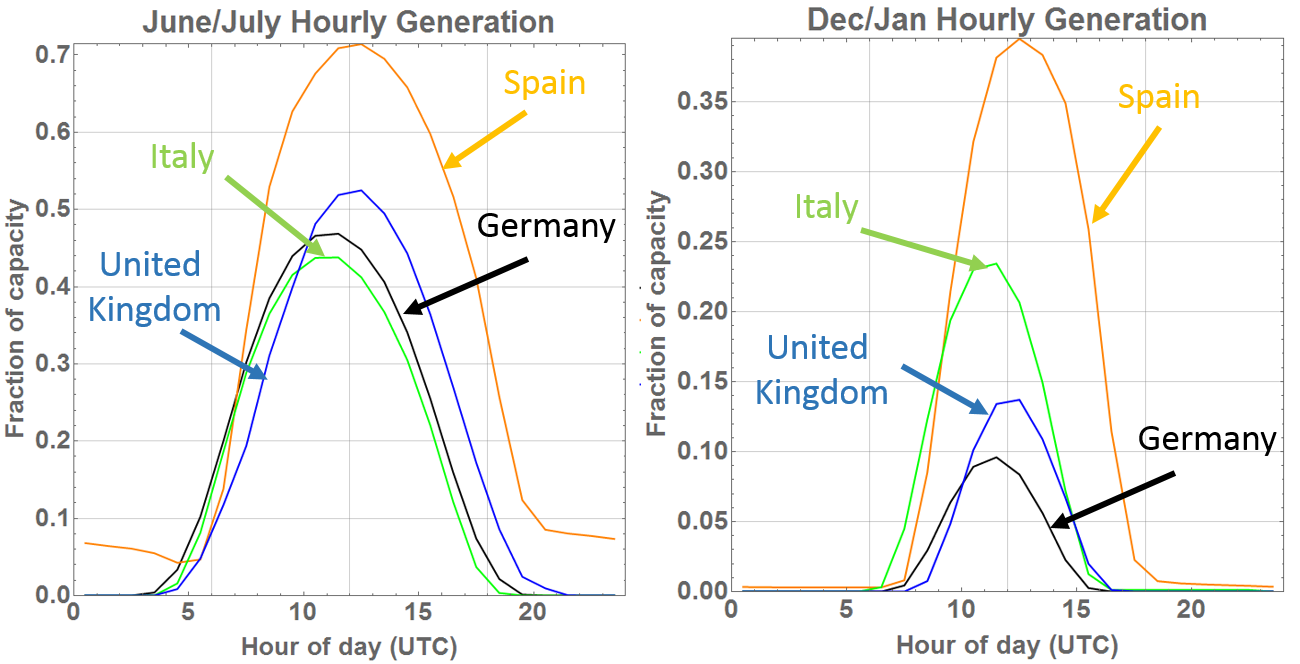 Note that for all countries the time scale is Universal Time and so the sun peaks are displaced from East to West.

The consumer demand in general peaks in the early morning and late evening when the solar power output is close to zero.

Solar power is Spain has features which are different than those in the other example countries giving an extended production period in the afternoon. This will be described on another page.

Germany has the largest installed solar capacity in Europe with  solar generation up to 30% of generation in summer at midday. The early moring and evening demand peaks are satisfied with increased hydro and fossil fuel generation. Solar power peaks at mid-day when demand is lower and about a third of solar production is exported. 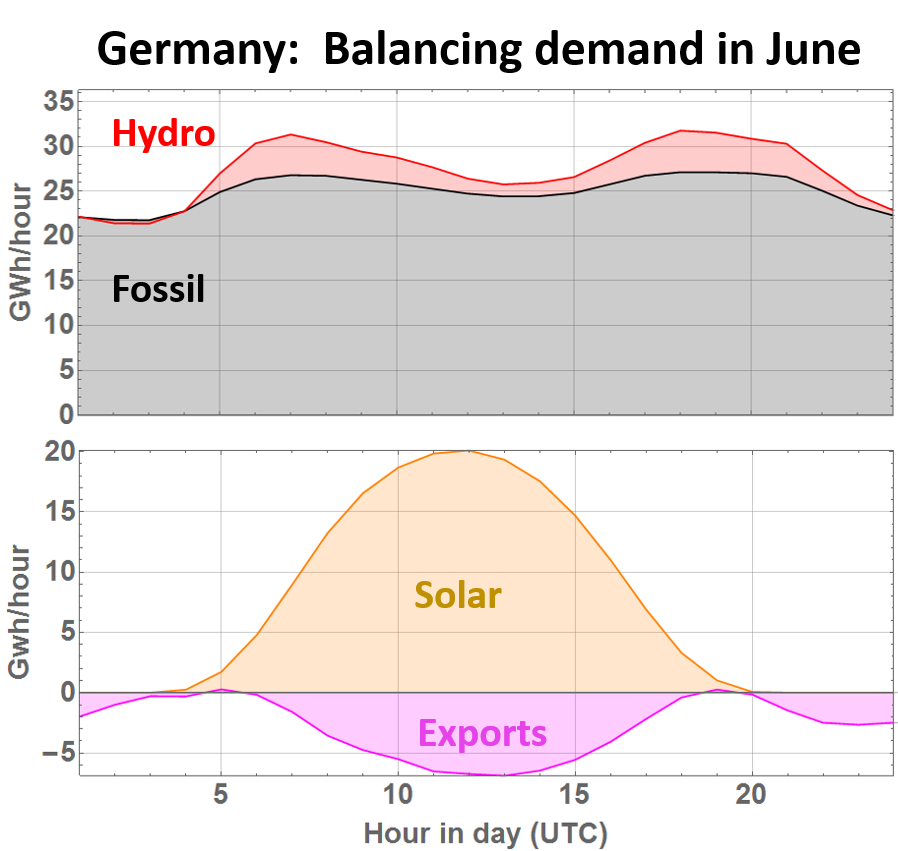