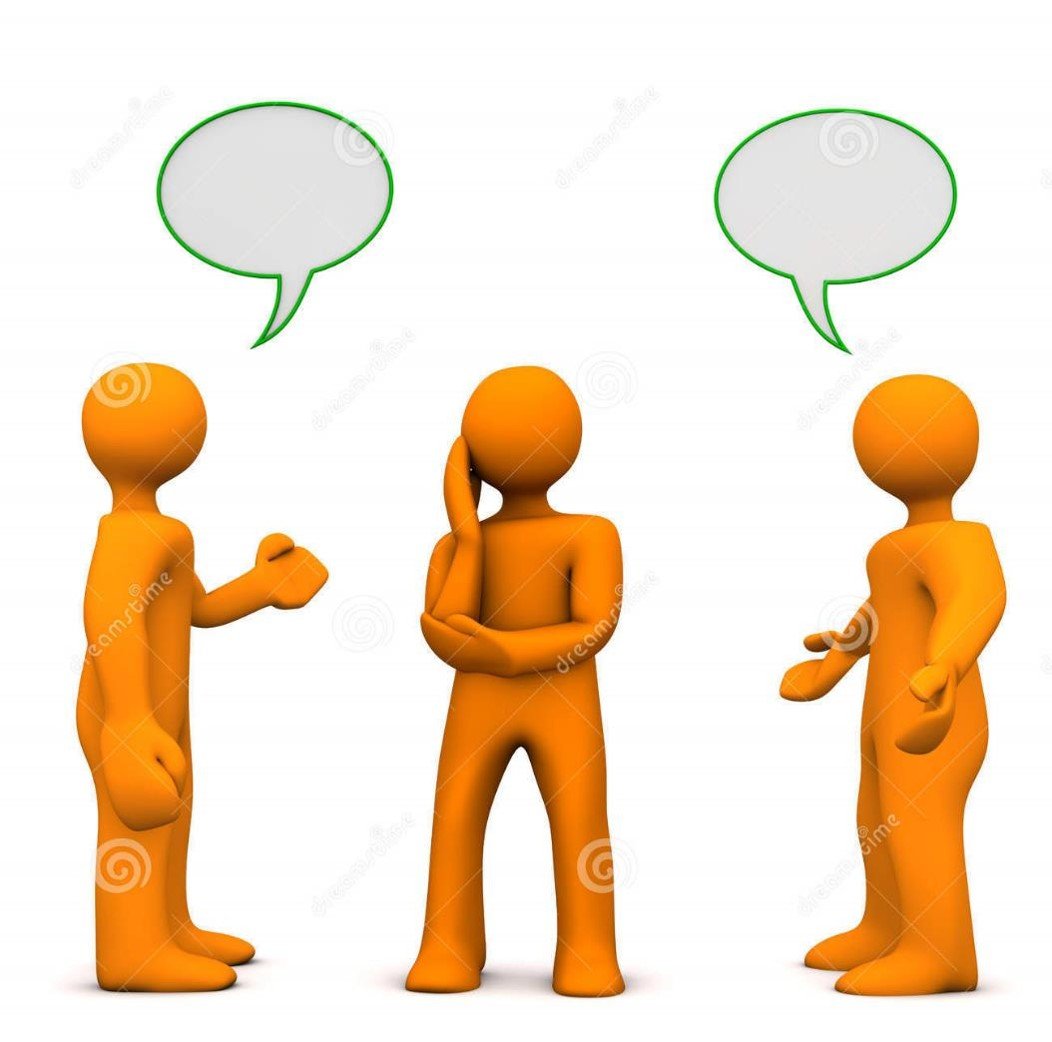 Svante Arrhenius published the first paper on the enhanced greenhouse effect in 1896. In the 1950s the experimental and theoretical studies started to advance at an increasing pace. Since then intense scientific debates have taken place and a general consensus has now  been found about the science.

On the way to this consensus, there have been frequent disagreements and dissensions about the conclusion on the greenhouse effect. This was natural because the interactions between the many elements in the environment are extremely complex and there are both positive and negative contributions to temperature changes. 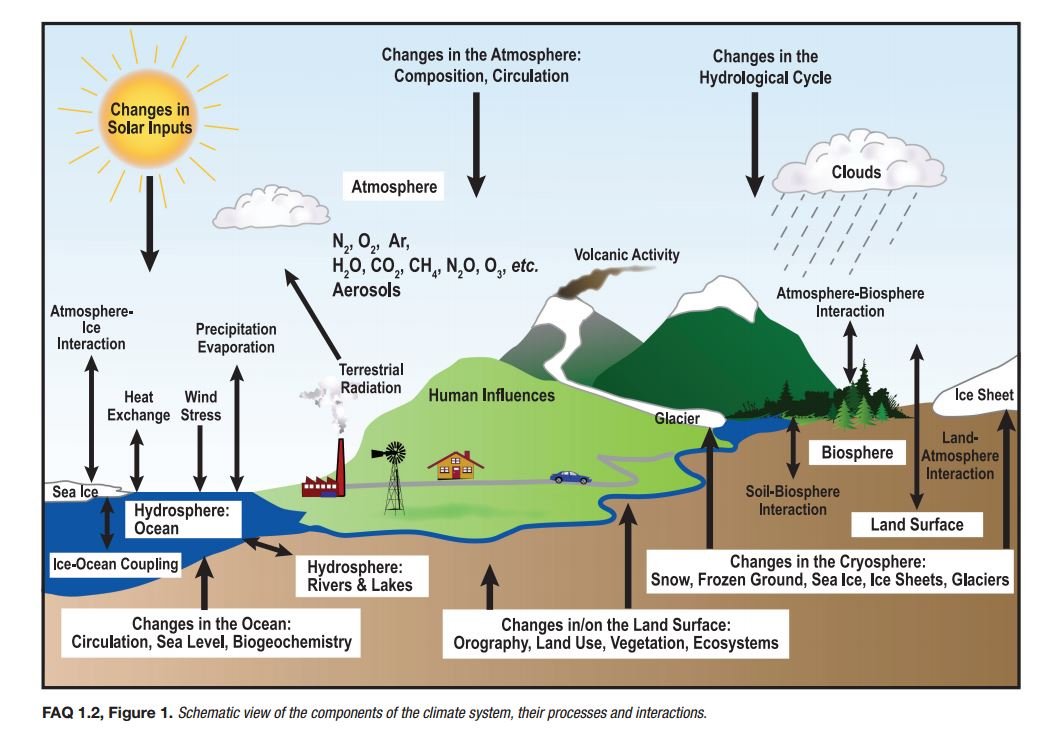 Complexity of thermal exchanges between Earth and Atmosphere (IPCC AR4 2007) 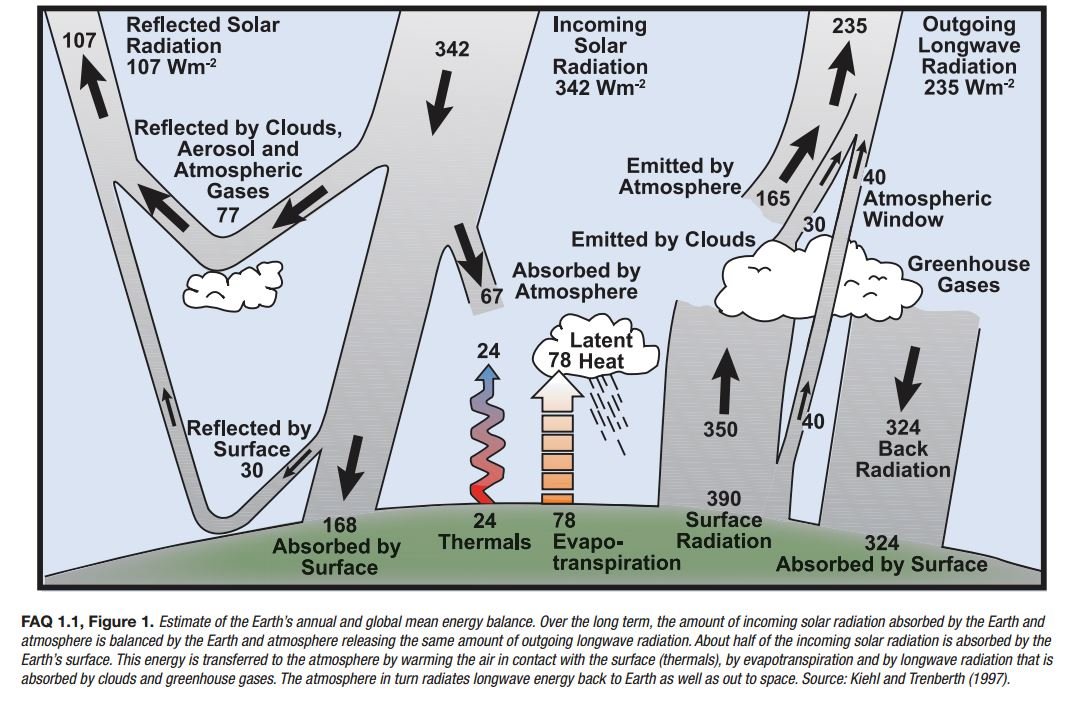 Different studies and calculations sometimes came to different conclusions. Unfortunately for dissenters,  the tag of "Climate Skeptic" has evolved into the awful "Climate Denier" as the politicians and mass media have taken charge of the debate.

Any Scientist must surely agree with the following statement about the nature of scientific debate given in the IPCC Assessment Report 2018.

Science may be stimulated by argument and debate, but it generally advances through formulating hypotheses clearly and testing them objectively. This testing is the key to science. In fact, one philosopher of science insisted that to be genuinely scientific, a statement must be susceptible to testing that could potentially show it to be false (Popper, 1934). In practice, contemporary scientists usually submit their research findings to the scrutiny of their peers, which includes disclosing the methods that they use, so their results can be checked through replication by other scientists. The insights and research results of individual scientists, even scientists of unquestioned genius, are thus confirmed or rejected in the peer-reviewed literature by the combined efforts of many other scientists. It is not the belief or opinion of the scientists that is important, but rather the results of this testing. Indeed, when Albert Einstein was informed of the publication of a book entitled “100 Authors Against Einstein”, he is said to have remarked, ‘If I were wrong, then one would have been enough!’ (Hawking, 1988); however, that one opposing scientist would have needed proof in the form of testable results.

The computer simulations performed since the 1960s have improved by increasing the detail of effects in the atmosphere-ground interactions as indicated in the cartoon below. 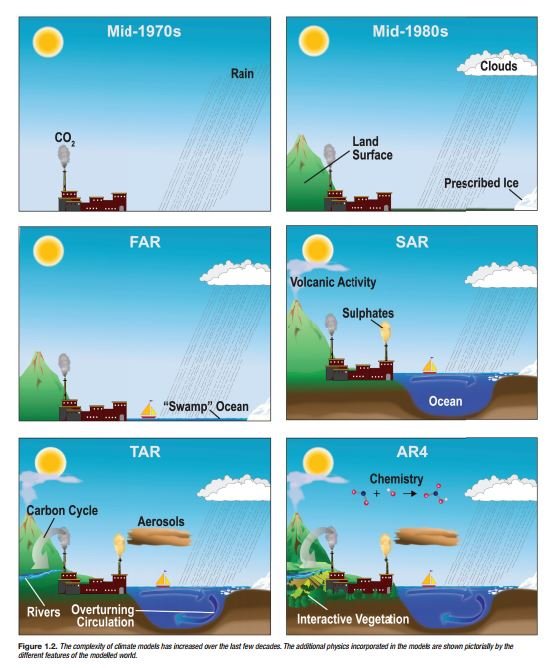 These computer simulations with different levels of detail yielded different predictions for temperature rise as the CO2  levels increased and the predicted trends has a fairly large range around the actual observed temperature rise. 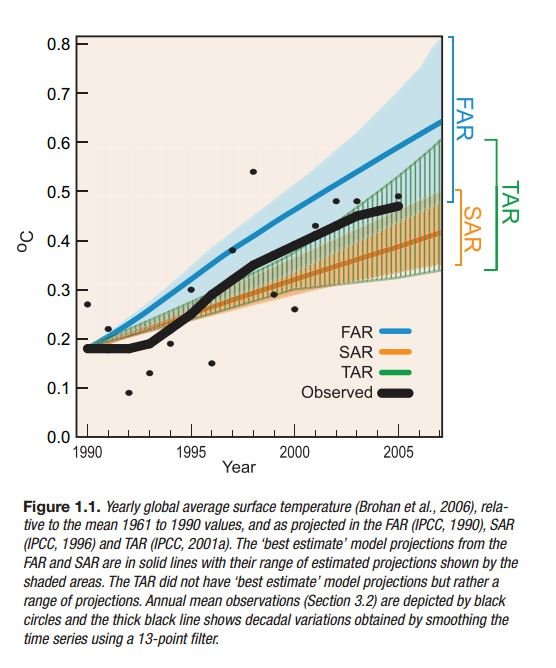