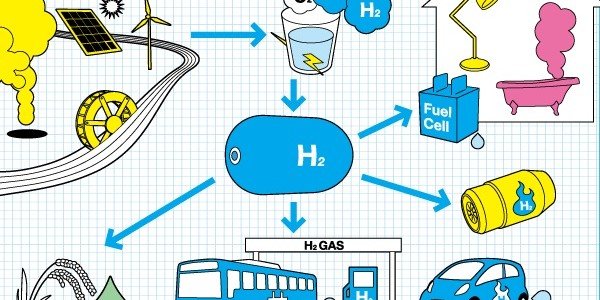 The concept of a Hydrogen Economy has been very popular with environmentalists for decades. Unfortunately the development of such an economy has been very slow and its impact is virtually negligible towards reducing CO2 emission at the present time. What small use there is for hydrogen at the present time comes very largely (98%) from steam reforming. This process uses fossil fuels with the energy content of the produced hydrogen being less that of the original fuel and also emits carbon dioxide.

The only way towards a "Green" Hydrogen Economy is to produce the hydrogen with a production method which produces not CO2 such as electrolysis but this also consumes more energy than is available in the hydrogen produced.

A common theme used, is that hydrogen produced by electrolysis can store the peaks of wind power generation and so even out the electricity supply to match demand. The graphs below indicate the growth of the use of hydrogen to store excess renewable (wind and solar) electricity generation. 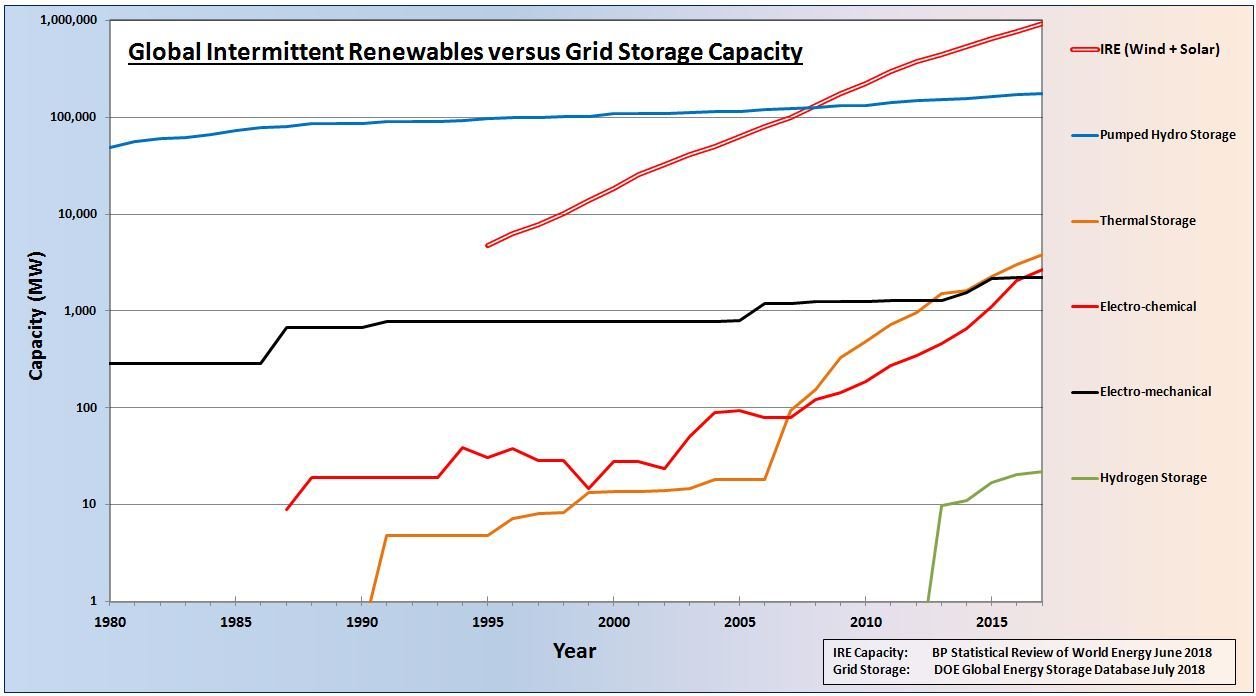 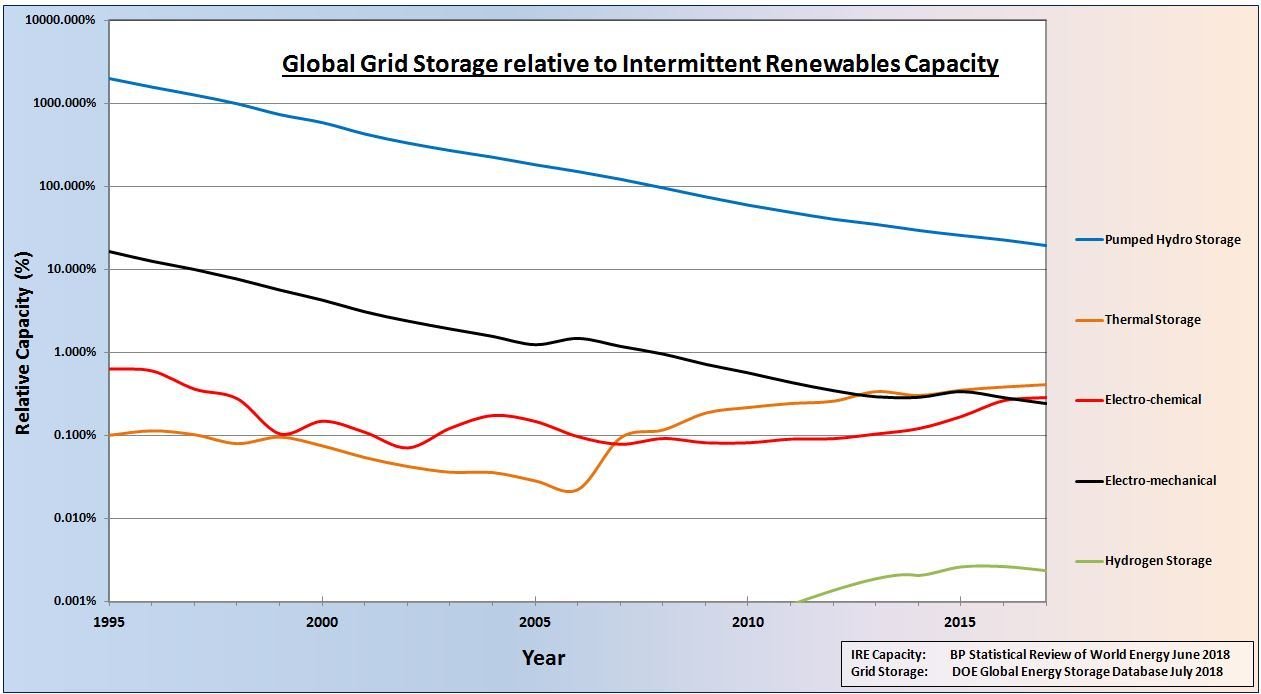 These graphs, with logrithmic vertical scales, show that globally in 2017 hydrogen storage was about 0.003% of the generation capacity of renewable power. Further, there had been no significant increase over the previous 3 years.