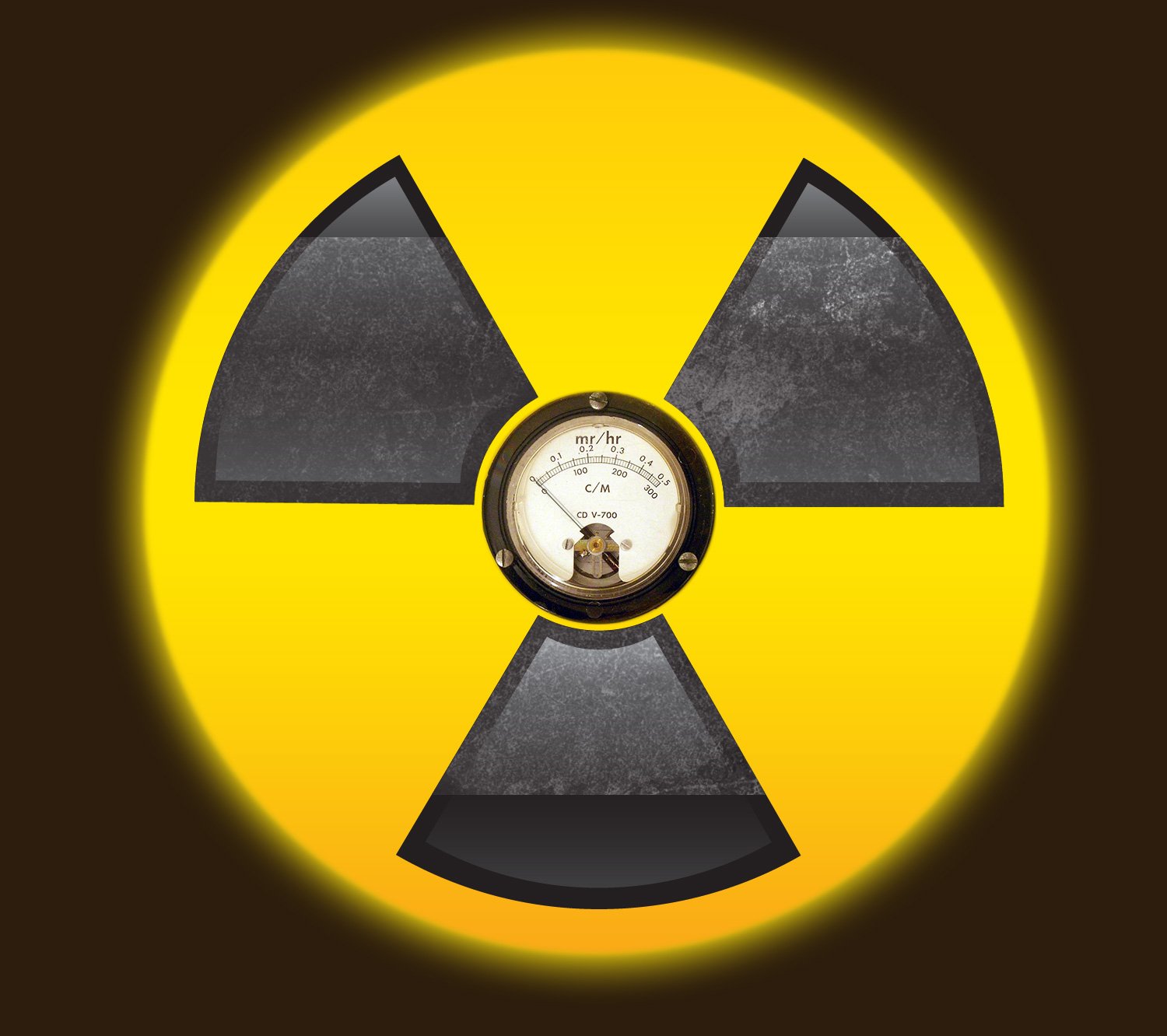 Health risk from exposure to radiations is one of the major concerns of the general public related to nuclear power generation. These concerns are related to emissions from normal operation; from waste disposal and from accidents. This page aims to address these concerns. Some of the information presented here comes from the website : radioactivity.eu.com where further details can be found.

At the present time the biggest single contribution to radioactivity received by people is from medical procedures. As shown in the pie chart, the dose received from all nuclear operations is tiny in comparison. Radioactivity from naturally occurring isotopes make up about 50% of  the received dose but these is very dependent on local geology. Cosmic radiation makes up about 10%. 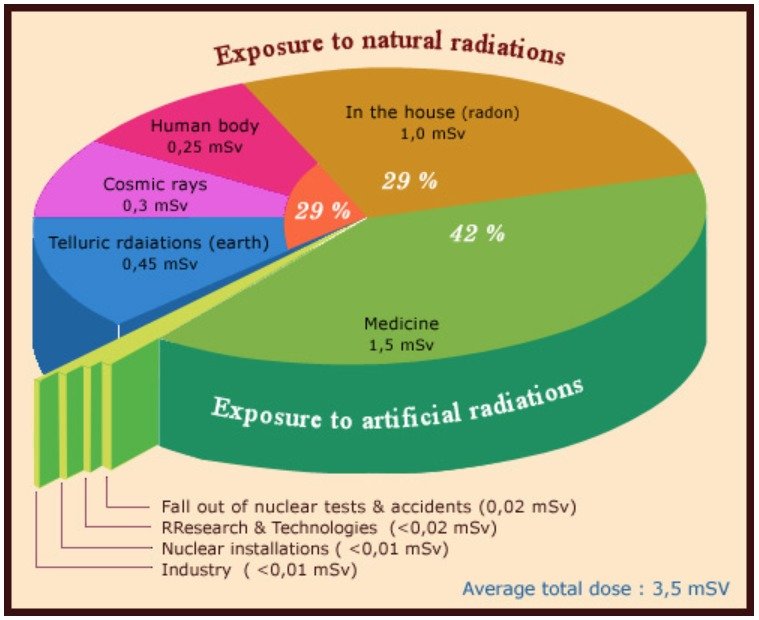 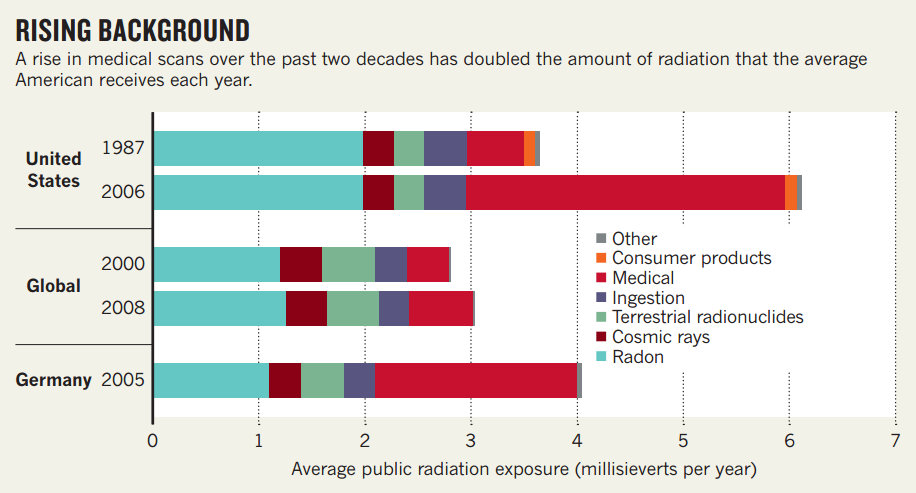 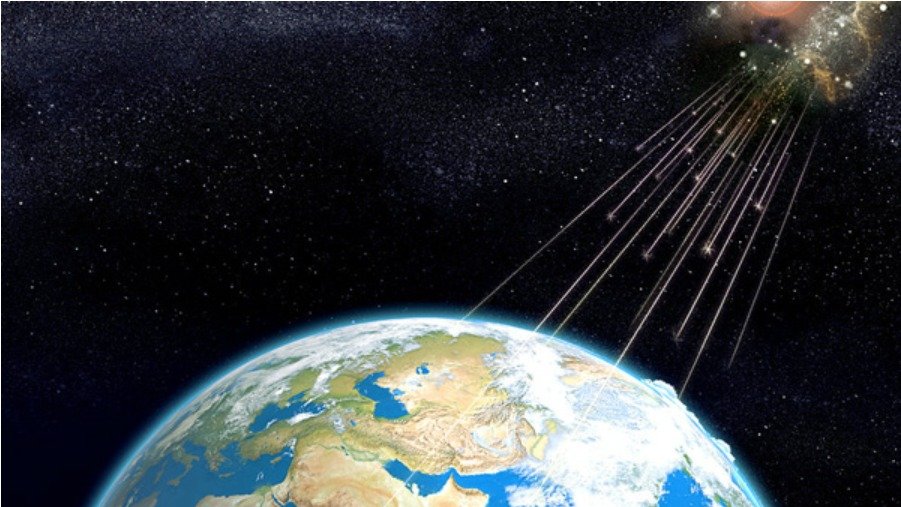 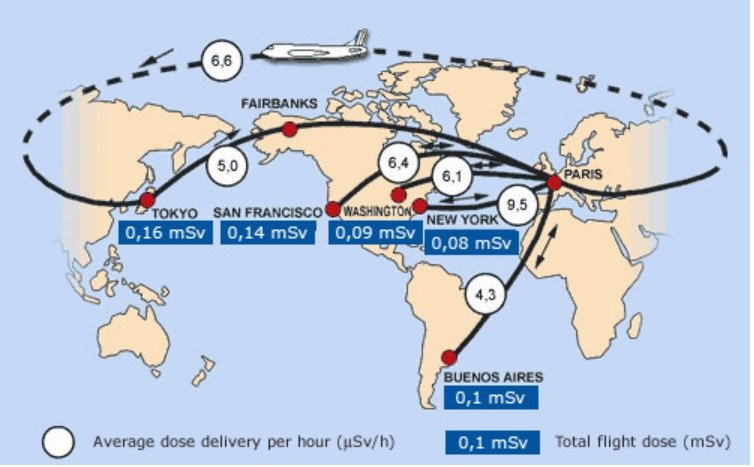 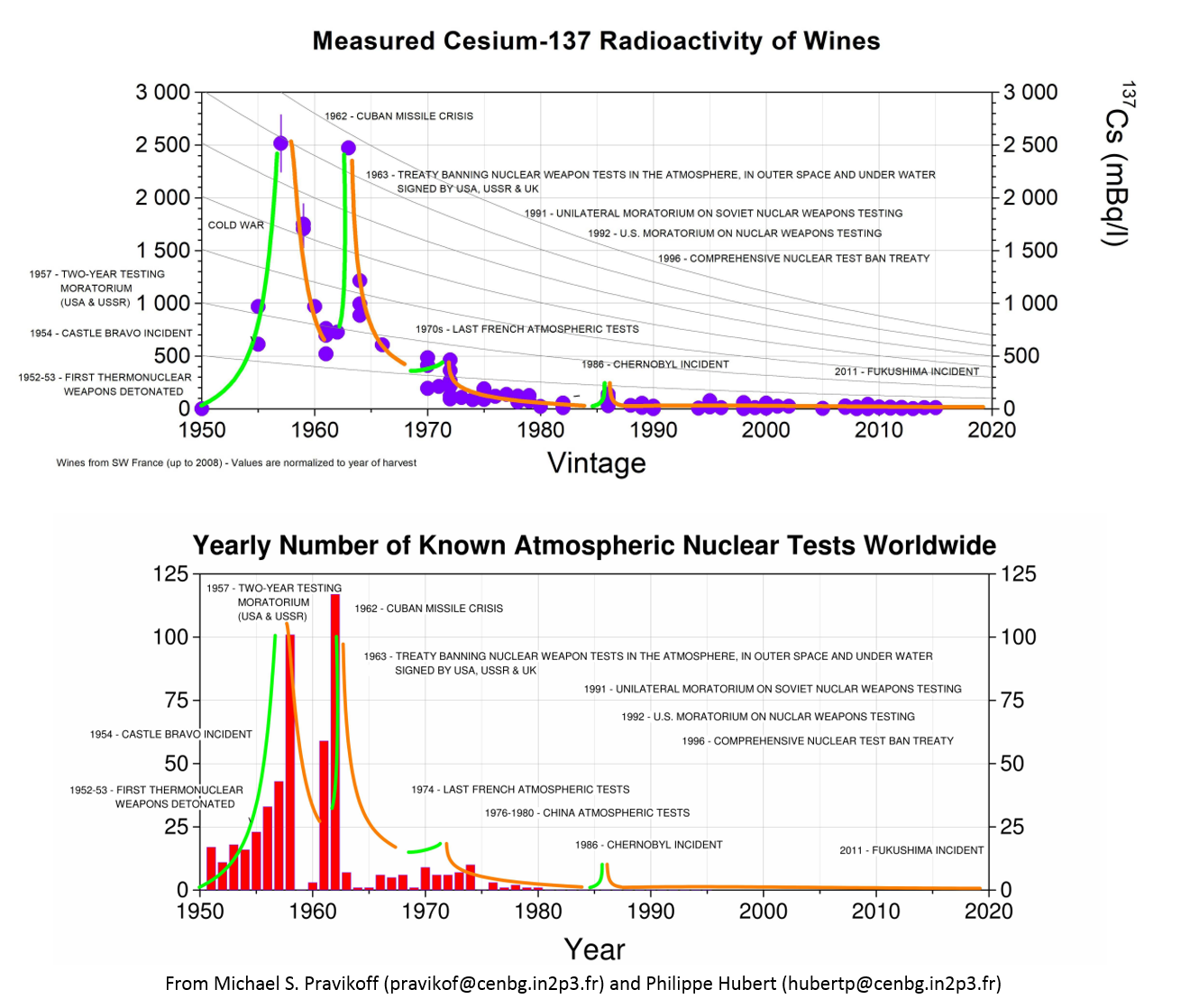 Because the additional received radiation does from nuclear power generation is so low it is extremely difficult to arrive at conclusive results of the affects on health.