The section Electricity Generation contains analyses of electricity generation data in order to illustrate which mixes of electricity generation technologies give the lowest levels of carbon dioxide emissions. Reducing the carbon dioxide emissions into the atmosphere is essential to rebalance the heat arriving and leaving the earth caused by the greenhouse effect and so avoid disastrous global warming.

Data is presented from numerous countries around the world but goes into most detail for countries in the European Union. The analyses explore wind power and solar power data to demonstrate the intermittency due to weather fluctuation is nearly everywhere compensated by fossil fuel generation. The data shows that countries with large amounts of nuclear and hydro generation have the lowest carbon emissions and countries with high amounts of wind and solar usually have relatively high emissions.

A list of the full content in this section together with some details of the data analysis can be found at: Overview of website contents. Below, some example plots with links for details are given. 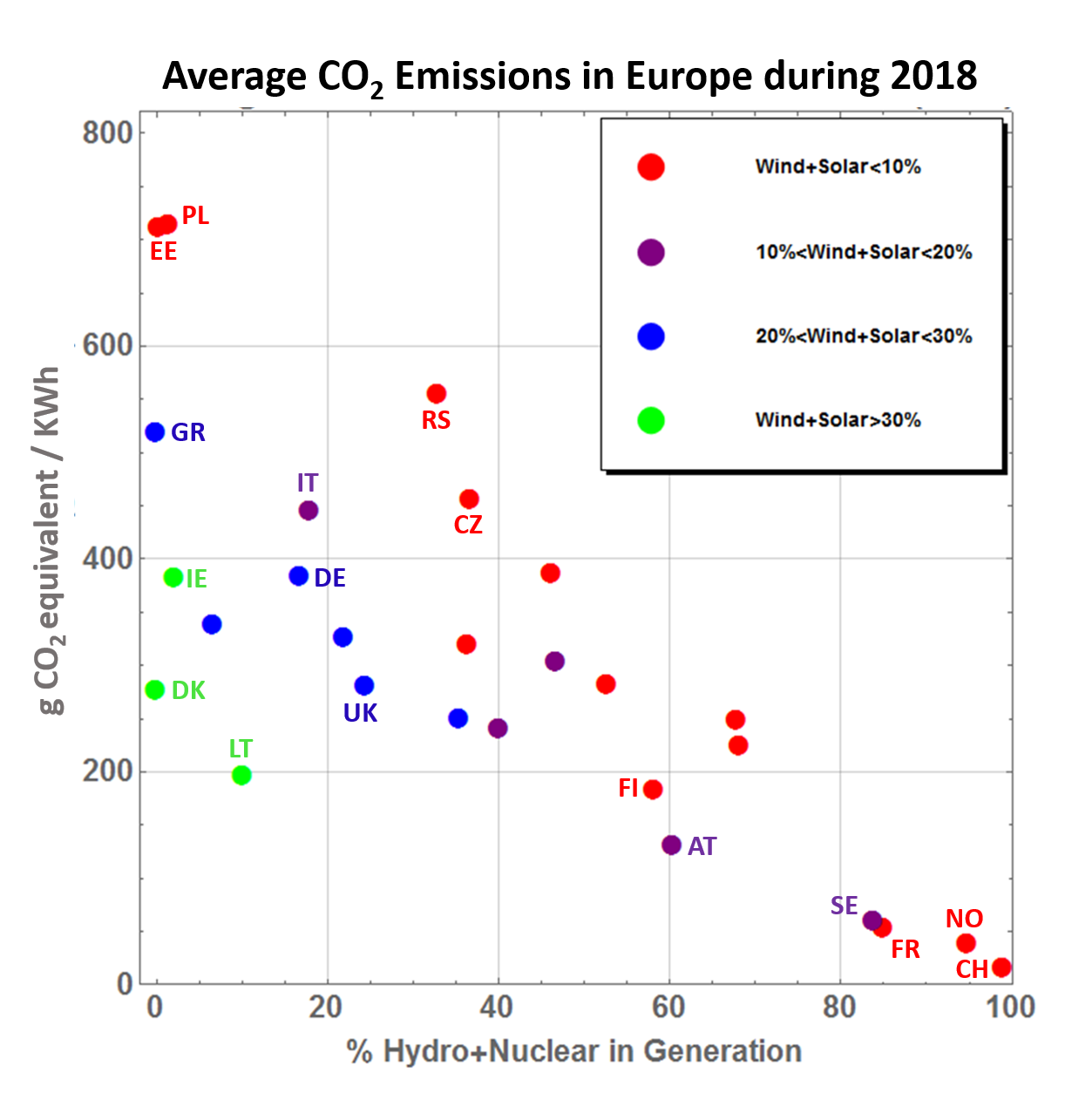 Wind power production is extremely variable due to weather fluctuations. To satisfy consumer demand during low wind periods, fossil fuel generation must be increased. Further, because weather patterns are large scale in Europe the wind variations are often similar in in close-by countries.

Denmark has 50% of wind+solar energy in the local generation mix. In order to meet consumer demand for electricity in the periods with low wind, back-up is provided with fossil fuel generation and imports.

Details at: Denmark as example of large wind capacity