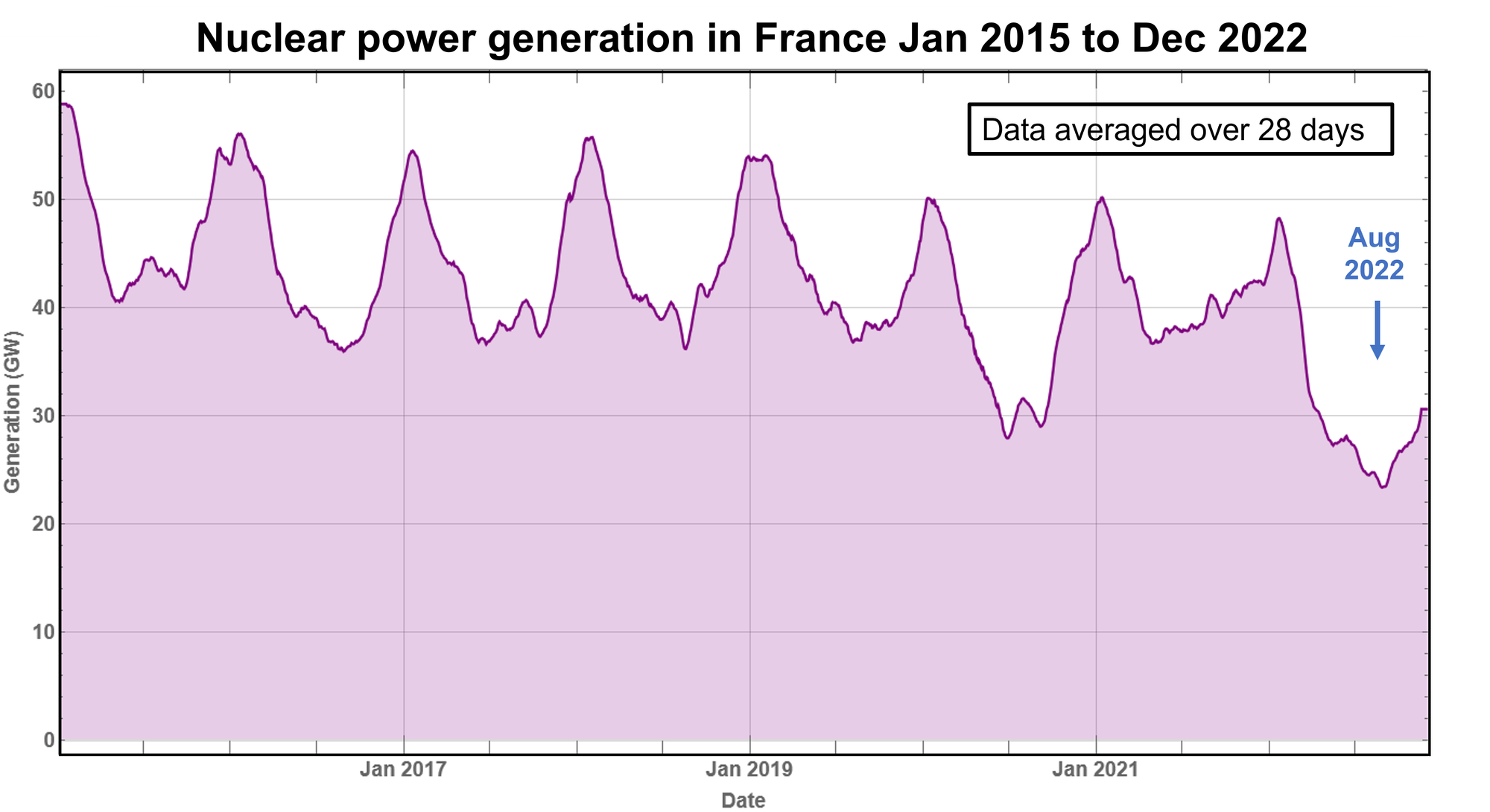 The generation of electricity in France reached a low point of production at the end of August 2022. The reason for this low point in production was that more than half the nuclear reactor fleet were offline for maintenance. 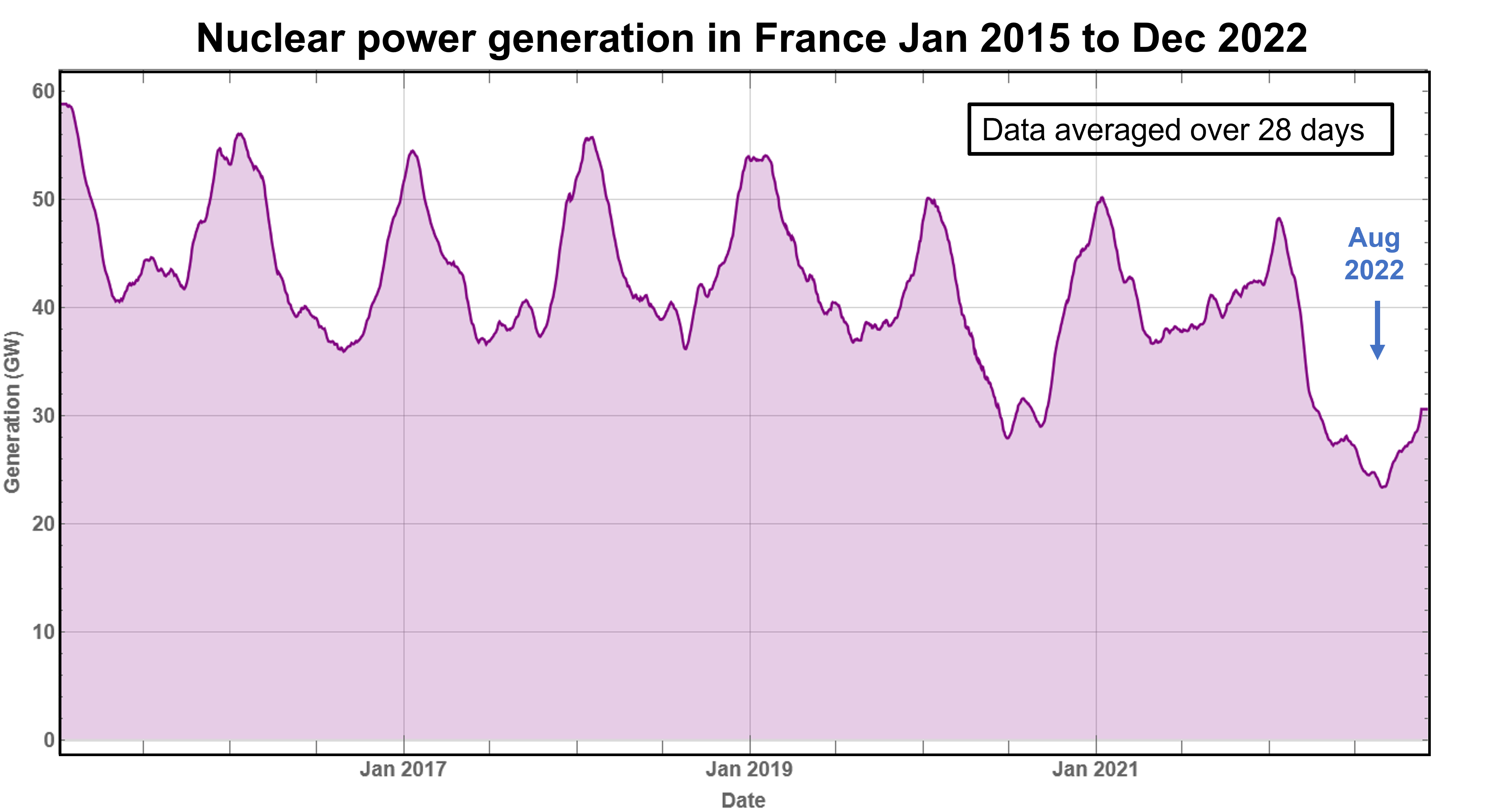 Generation of electricity from nuclear power in France from 2015 to 2022.

Starting at the beginning of September 2022 reactors restarted. On 4 Sept the restart schedule announced by EDF and reported on the website: Nuclear Monitor was recorded. With this schedule 19 reactors were scheduled to restart in September and October and of these 11 actually did in that timeframe. The table below gives the restart dates of those that restarted and the delayed dates (reported on 5 Nov) for those which did not. 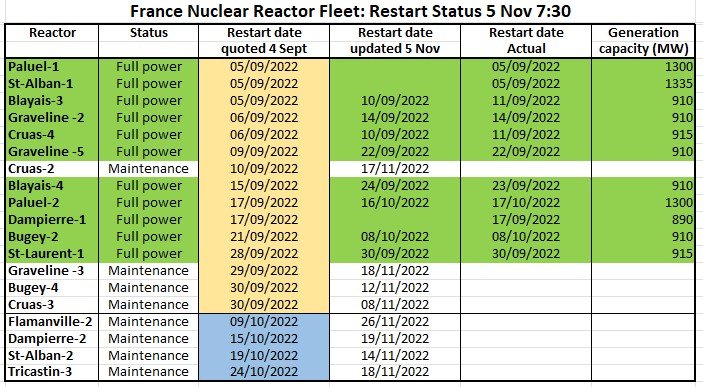 The table below gives the restart schedule as announced by EDF on 4 Nov. By 4 Dec out of the 13 reactors scheduled to restart 9 had actually done so. 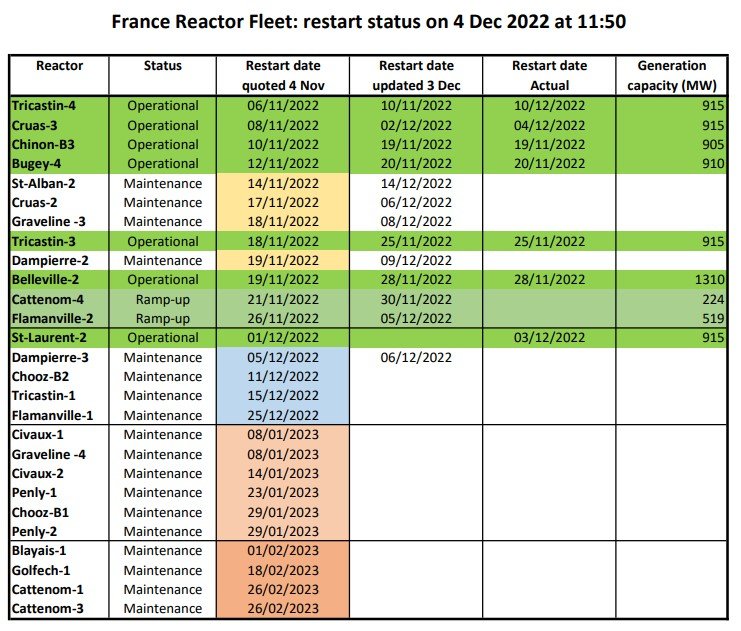 The graph below shows various restart schedule and the actual generation.

Schedules of nuclear reactor generation capacity according to EDF data on 4 Sept and 4 Nov, together with the actual available capacity up to 4 Dec. The actual generation is shown in purple.

The plot below gives the nuclear generation during 2022 compared to the average over 6 years 2016 to 2021. The deficit is the difference between the 6 years average and 2022 generation and is roughly constant from early Sept-early Dec around 12 GW. 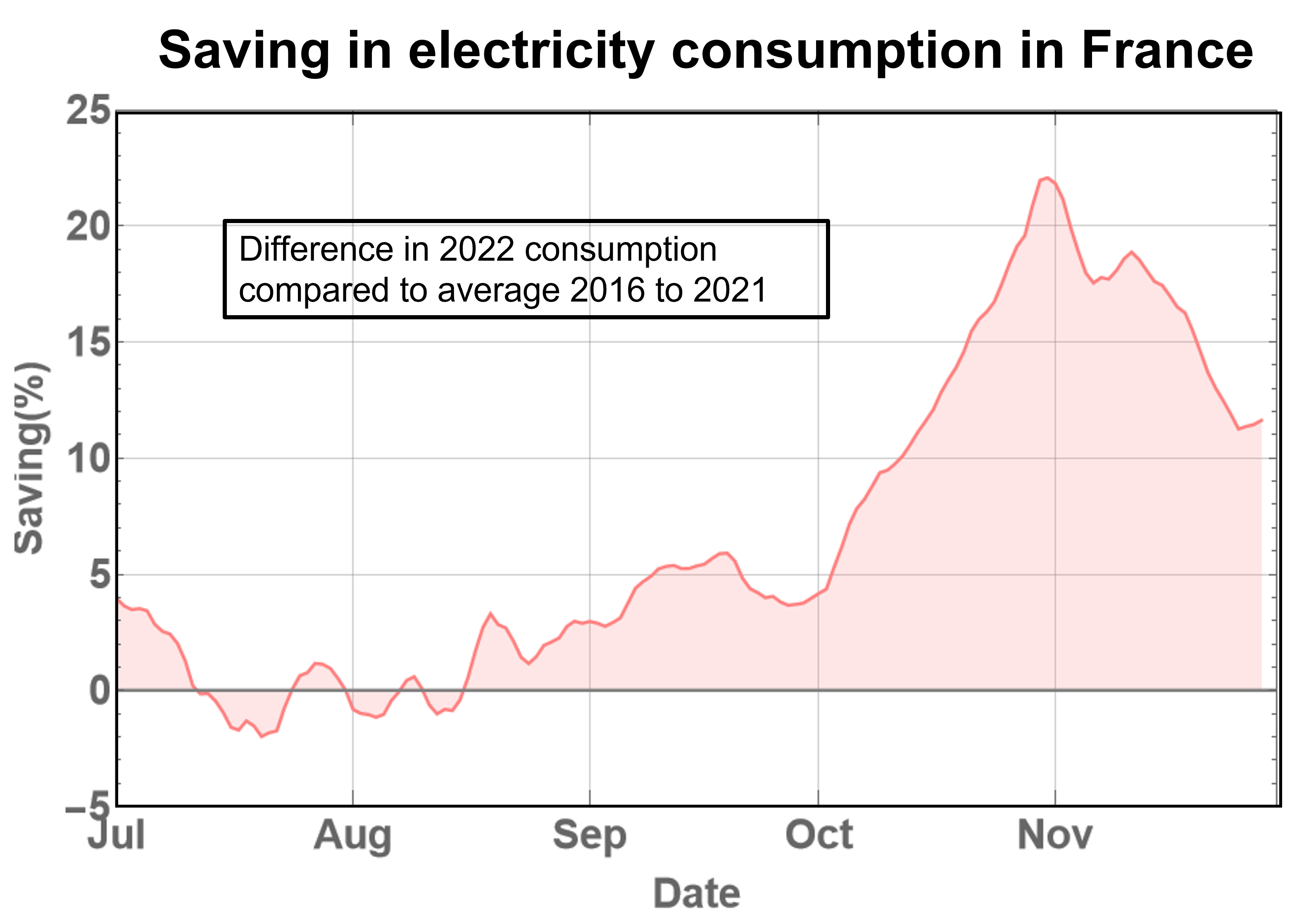 Electricity consumption saving, as percentage in 2022 compared to average 2016 to 2021

Comparison of deficit of nuclear generation with deficit in consumption.

For decades, France has been a net exporter of electricity but in 2022 it changed to become a net importer to compensate for the reducing in nuclear generation, as shown in the plot below. 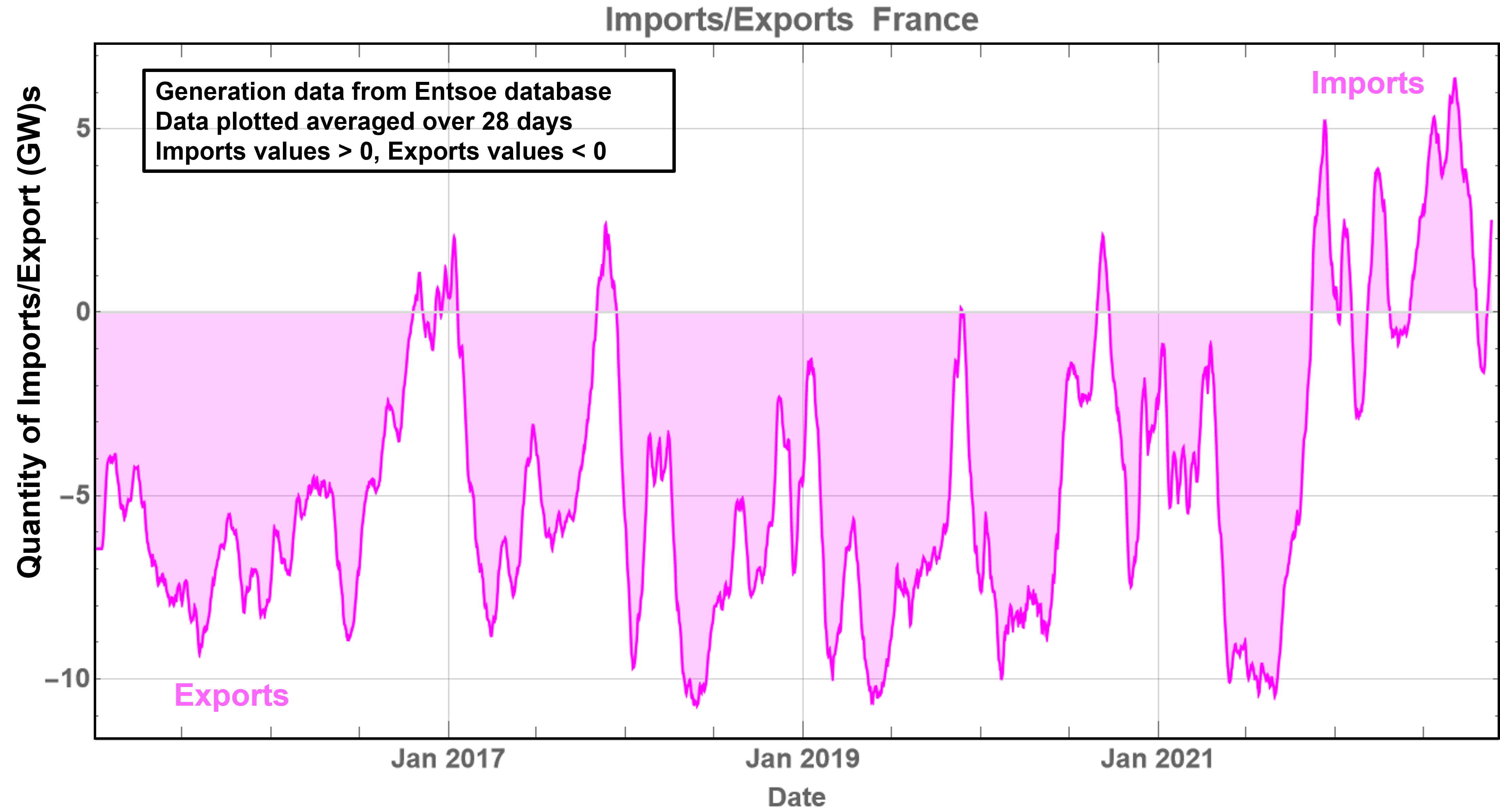 The following plot shows the situation of imports (+ve) and exports (-ve). In 2022 France imported more than the average 2016-2021 where France generally had an export balance.

The plot below shows the deficits for nuclear, consumption and imports/exports on the same graph. This shows that for most of 2022 the nuclear deficit was compensation by imports. From mid Oct to mid Nov where the consumption was reduced compared to the 2016-2022 average, the imports/exports returned to normal, and the nuclear deficit was compensated largely by the consumption reduction. After mid Nov the temperature in France returned to average seasonal values and electricity consumption rose, such that in this period imports had to increase again to balance the nuclear generation deficit.