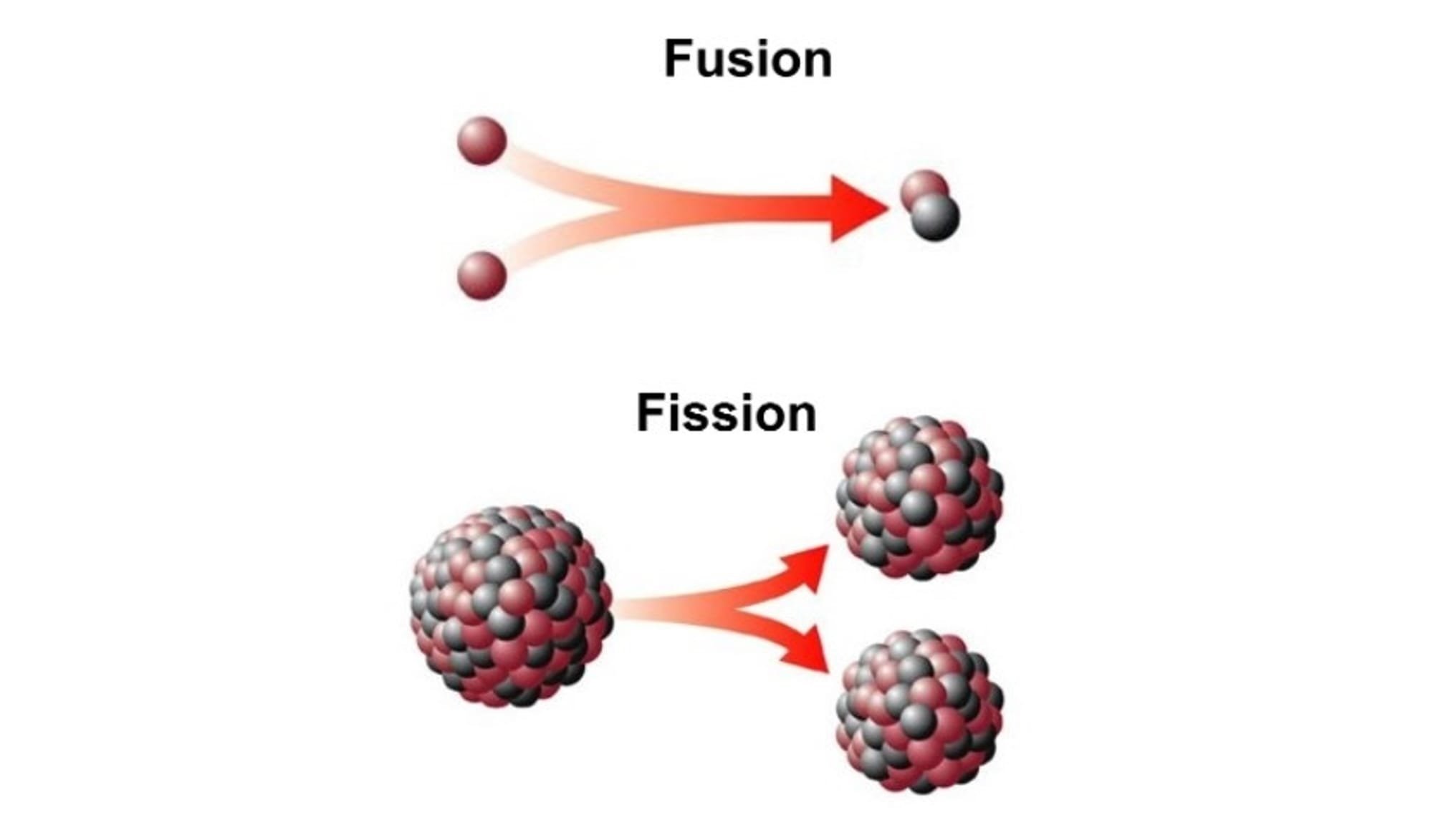 Nuclear fusion is the energy source of the Sun and there, the high pressure and high density enable fusion with hydrogen. However on Earth, similar pressure and density conditions are not possible, and fusion reactors must have higher temperatures than the sun, with most projects using the fuel of deuterium and tritium which has the lowest required temperature among all fuel options.

Both fission and fusion produce energy by the release of nuclear binding energy, as indicated in the figure below. 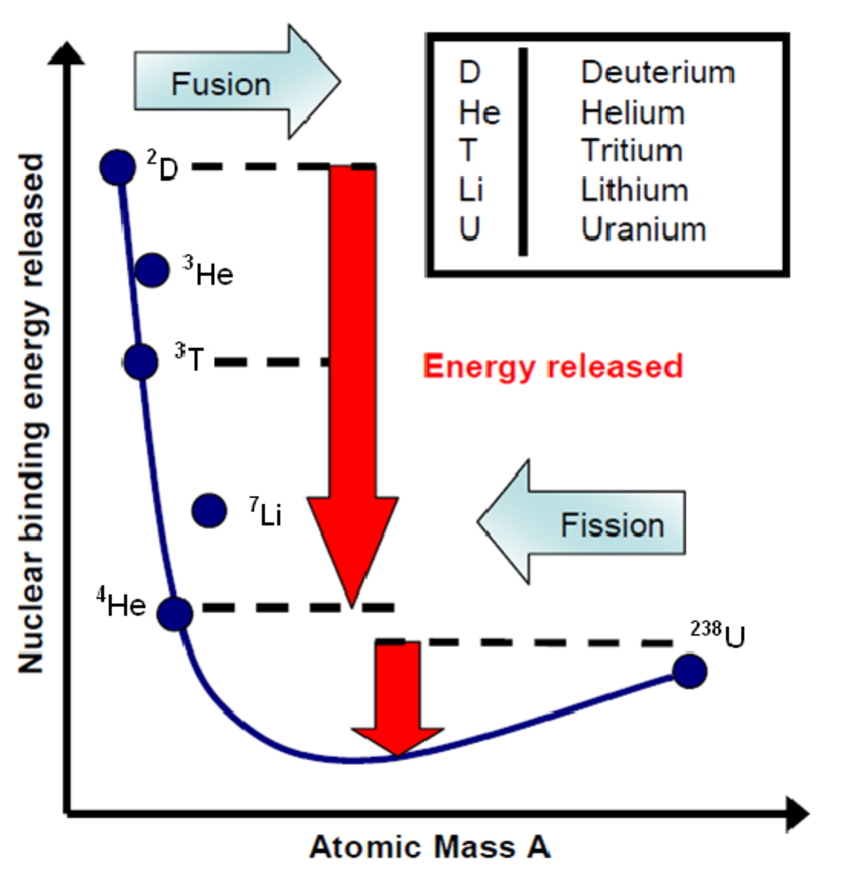 The generation of electricity in both fusion and fission power plants is similarly based on steam turbines. The differences are in the nuclear physics inside the reactor cores. The figure below gives a generic view of both types of power station. 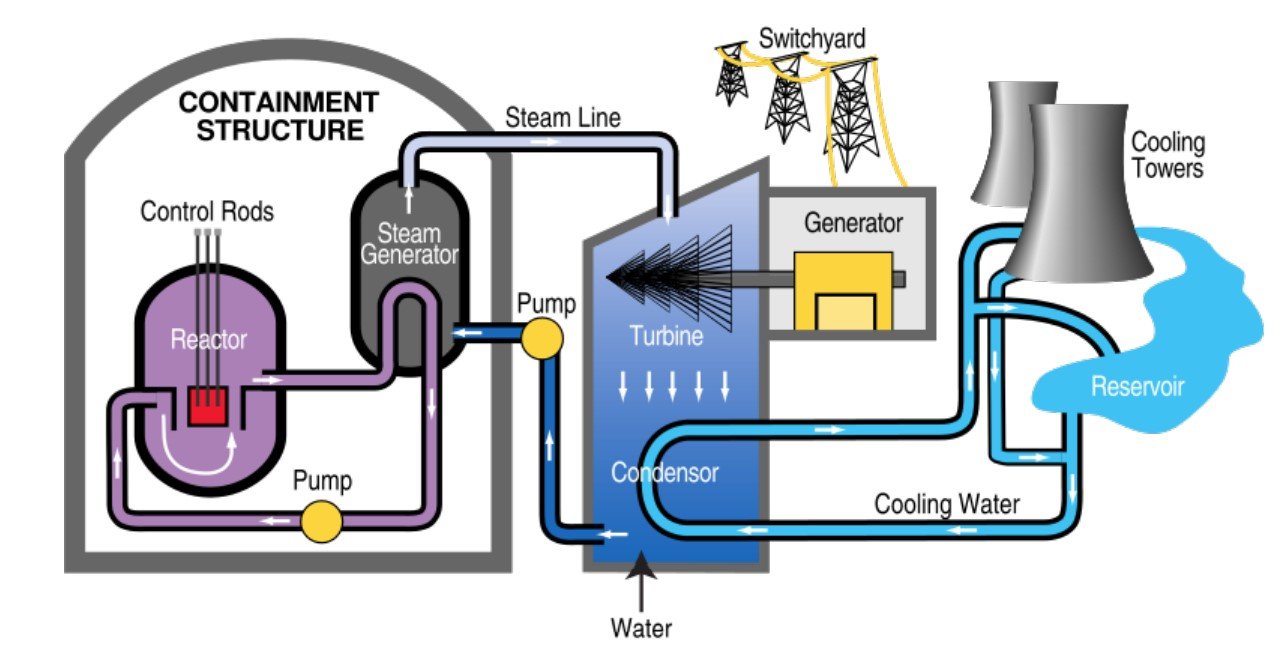 Electricity generation in both fusion and fission reactors involves steam turbines. The different reactors produce the steam to drive the turbines with different nuclear reactions.

In fission reactors, the nuclear processes are started spontaneously by the radioactive decay of a precursor uranium nucleus which yields neutrons. These neutrons then go on to break up further uranium nuclei and produce a self-sustaining chain reaction. This takes place in fuel rods in the reactor core which is typically cooled by pressurized water allowed to evaporate outside the reactor to drive an electricity turbine.

In fusion reactors, the interactions do not start spontaneously and require extremely high temperatures (above 100 million °C) to initiate. This happens in a gas mixture of deuterium and tritium from which the atomic electrons have been stripped, called a plasma. The plasma must be contained and heated to a high temperature. For a sustainable fusion reaction to occur, the plasma environment must have specific parameters of density, temperature and containment time. Once the reactions are started, the heat is transported out of the plasma by neutrons that are stopped in a region of the reactor called the blanket, which is cooled by a fluid going on to a turbine.

The complexity of making a suitable plasma environment, as well as the difficulties of getting the heat out, are the reasons why fusion reactors are still not available more than 70 years after the first ideas. The first fission reactor was operational only a few years after the principles were first conceived.

Pros and cons of fusion and fission

Below is a comparison of fusion and fission power plants, based on the subjective opinions of the author.

* The cost numbers here are indicative and this critical item is discussed in some detail on the page: Reactor Costs, Fusion compared to Fission.