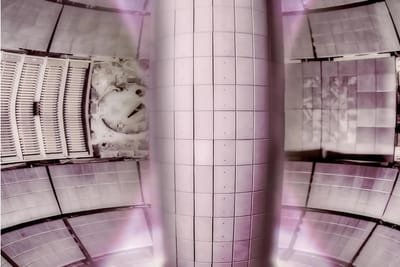 The National Spherical Torus Experiment-Upgrade (NSTX-U) is the flagship fusion facility at the Princeton Plasma Physics Laboratory. The spherical device is shaped more like a cored apple than the doughnut-like shape of conventional tokamaks and can produce high-pressure plasmas with relatively low and cost-effective magnetic fields. This capability makes the compact spherical design of the NSTX-U a candidate to serve as the model for a fusion pilot plant followed by a commercial fusion reactor.

The NSTX-U (Upgrade) was stopped in late 2016 just after its update, due to a failure of one its poloidal coils. This upgrade consisted of a copper coil installation, not a superconducting coil. The NSTX had been shut down since 2012 and only returned for 10 weeks at the end of 2016 just after it was updated. The origin of this failure is partly attributed to a non-compliance of the chilled copper winding, the manufacture of which had been sub-contracted. After a diagnostic phase requiring the complete dismantling of the reactor and coils, evaluation of the design, and a redesign of major components including the six inner poloidal coils, a restarting plan is adopted in March 2018. Reactivation of the reactor is not planned until the end of 2022.