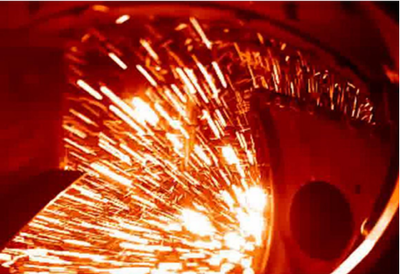 A disruption in a tokamak occurs when an instability grows in the plasma to the point where there is a rapid loss of the stored thermal and magnetic energy.

Disruption are violent and very rapid losses (approximately 20 milliseconds) of the confinement of plasmas which can lead to damage to the structure of the tokamak. They generate thermal loads on the components facing the plasma, electromagnetic forces in the structures of the machine and produce relativistic decoupled electrons which can perforate the vacuum enclosure.

Disruptions have been major problems for past and operational tokamaks, with the large JET tokamak experiencing over 2000 in the last 10 years of operation.

This rate of disruptions must be reduced to almost zero for a commercial reactor. For future tokamaks disruption mitigation systems are being developed to protect the plasma-facing components against damage.