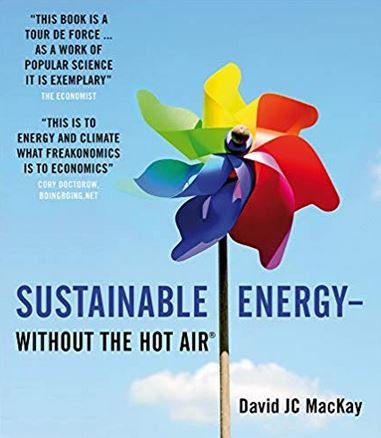 Available free online at: Sustainable Energy - without the hot air.

Presentation by David MacKay on YouTube: Sustainable Energy - Without the Hot Air with David MacKay

Motivations of book from author

I recently read two books, one by a physicist, and one by an economist. In  Out of Gas, Caltech physicist David Goodstein describes an impending energy crisis brought on by The End of the Age of Oil. This crisis is coming soon, he predicts: the crisis will bite, not when the last drop of oil is extracted, but when oil extraction can’t meet demand – perhaps as soon as 2015 or 2025. Moreover, even if we magically switched all our energy- guzzling to nuclear power right away, Goodstein says, the oil crisis would simply be replaced by a  nuclear crisis in just twenty years or so, as uranium reserves also became depleted.

In  The Skeptical Environmentalist, Bjørn Lomborg paints a completely different picture. “Everything is ﬁne.” Indeed, “everything is getting better.” Furthermore, “we are not headed for a major energy crisis,” and “there is plenty of energy.”

How could two smart people come to such different conclusions? I had to get to the bottom of this.

Energy made it into the British news in 2006. Kindled by tidings of great climate change and a tripling in the price of natural gas in just six years, the ﬂames of debate are raging. How should Britain handle its energy needs? And how should the world?

“Wind or nuclear?”, for example. Greater polarization of views among smart people is hard to imagine. During a discussion of the proposed expansion of nuclear power, Michael Meacher, former environment minister, said “if we’re going to cut greenhouse gases by 60% ... by 2050 there is no other possible way of doing that except through renewables;” Sir Bernard Ingham, former civil servant, speaking in favour of nuclear expansion, said “anybody who is relying upon renewables to ﬁll the [energy] gap is living in an utter dream world and is, in my view, an enemy of the people.”

An example of energy balance from book. 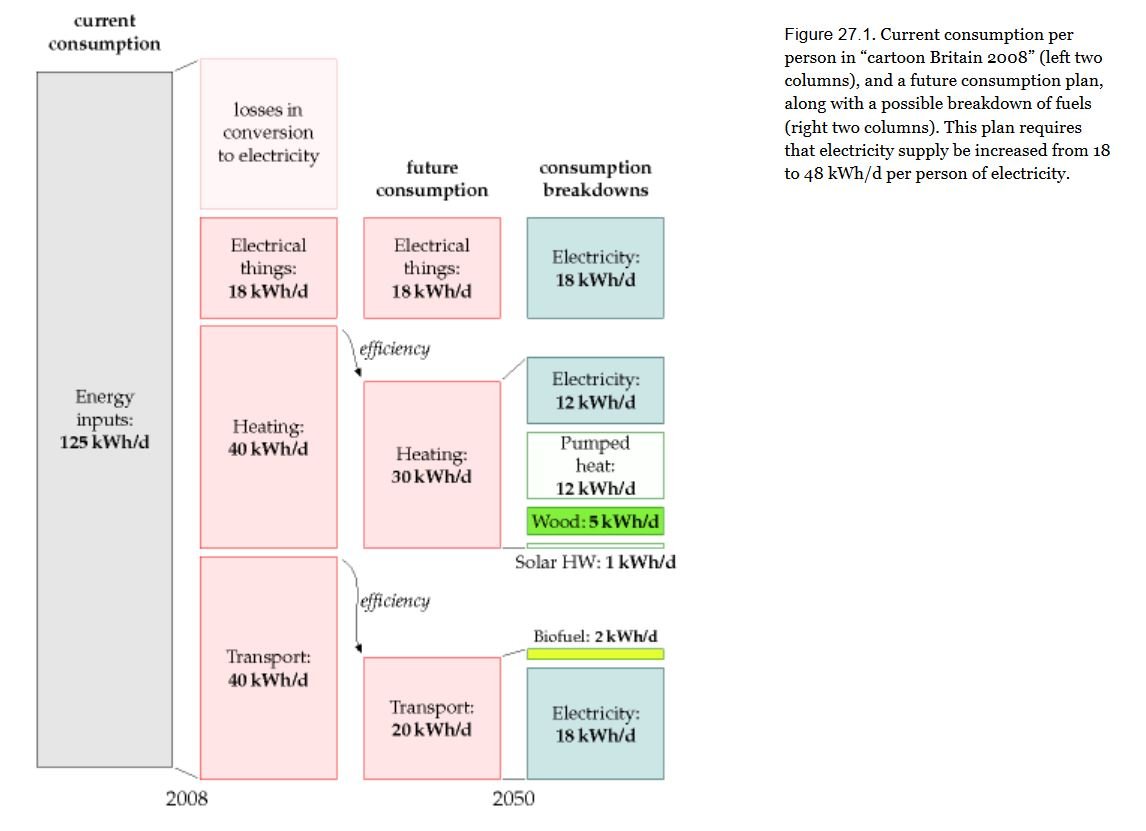