Why bother with Fusion rather than Fission? 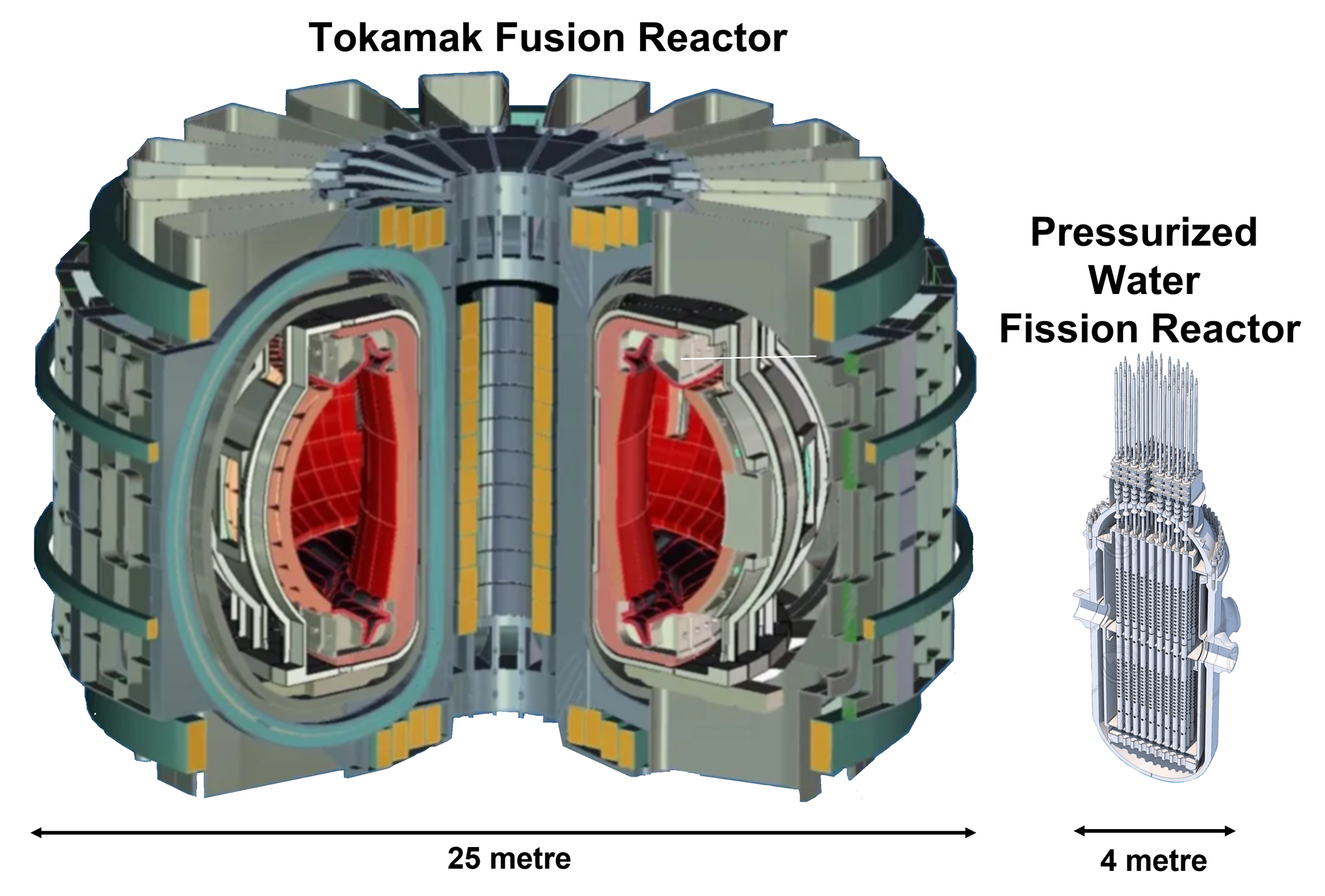 Arguments about technical show-stoppers for fusion power may never satisfy people who have the philosophy: nothing is impossible.

A different approach is to ask: why bother with fusion power at all? The answer, given loudly by advocates of fusion, is that there are major advantages of fusion over fission. In giving these arguments, propaganda for fusion often exaggerate the difficulties with fission and may be influencing public opinions against the technology which produces 10% of the world's energy with 426 operational reactors and 56 in construction. This website has examined many of the claimed advantages of fusion, finding them lacking. The current page summarizes these comparisons.

The fact that nuclear fission is one of the cleanest and safest forms of electricity production is clearly shown in the plot below from Our World in Data. 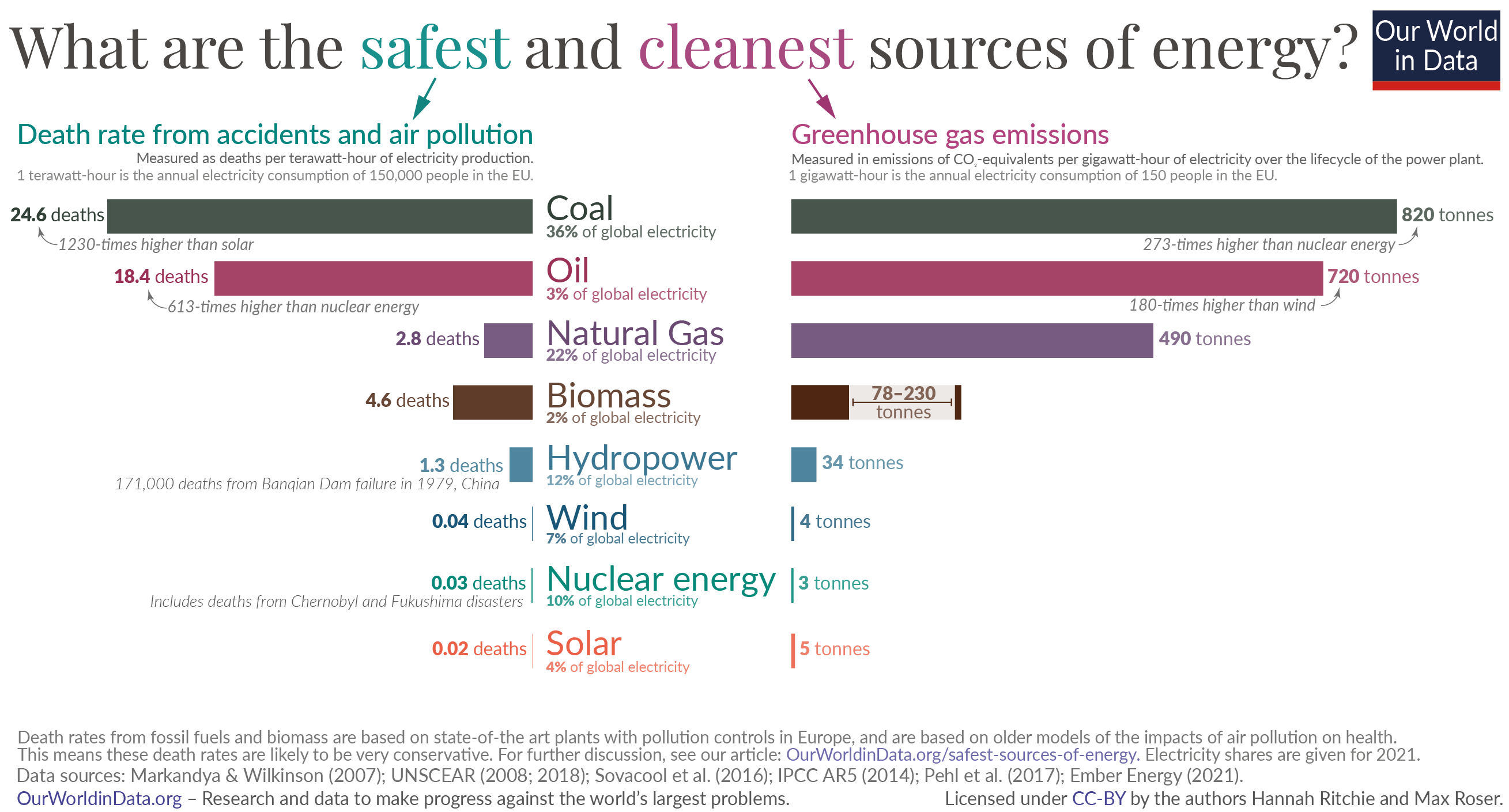 For the Seven advantages of fusion listed on the ITER website, the current website considers that four are flawed arguments and three are valid statements for fusion but not advantages over fission.

The summary below, lists quotes from the ITER advantages page together short rebuttal statements linking to details for those which are invalid.

1) Abundant energy: "Fusing atoms together in a controlled way releases nearly four million times more energy than a chemical reaction such as the burning of coal, oil or gas and four times as much as nuclear fission reactions (at equal mass)."

2) Sustainability: "Fusion fuels are widely available and nearly inexhaustible. Deuterium can be distilled from all forms of water, while tritium will be produced during the fusion reaction as fusion neutrons interact with lithium."

3) No CO₂: "Fusion doesn't emit harmful toxins like carbon dioxide or other greenhouse gases into the atmosphere."

4) No long-lived radioactive waste: "Nuclear fusion reactors produce no high activity, long-lived nuclear waste. The activation of components in a fusion reactor is low enough for the materials to be recycled or reused within 100 years."

5) Limited risk of proliferation: "Fusion doesn't employ fissile materials like uranium and plutonium. (Radioactive tritium is neither a fissile nor a fissionable material.) There are no enriched materials in a fusion reactor like ITER that could be exploited to make nuclear weapons."

6) No risk of meltdown: "A Fukushima-type nuclear accident is not possible in a tokamak fusion device. It is difficult enough to reach and maintain the precise conditions necessary for fusion—if any disturbance occurs, the plasma cools within seconds and the reaction stops."

7) Cost:  "The power output of the kind of fusion reactor that is envisaged for the second half of this century will be similar to that of a fission reactor, (i.e., between 1 and 1.7 GW). The average cost per KW of electricity is also expected to be similar ... slightly more expensive at the beginning, when the technology is new, and less expensive as economies of scale bring the costs down."

This website concludes commercial tokamak fusion power stations, following the technology style of machines like ITER, will never happen. Copious reasons have been set out: ranging from the lack of tritium to their enormous cost, size and complexity.

Furthermore, even if all the difficulties could be overcome, they would have no significant advantages over nuclear fission.