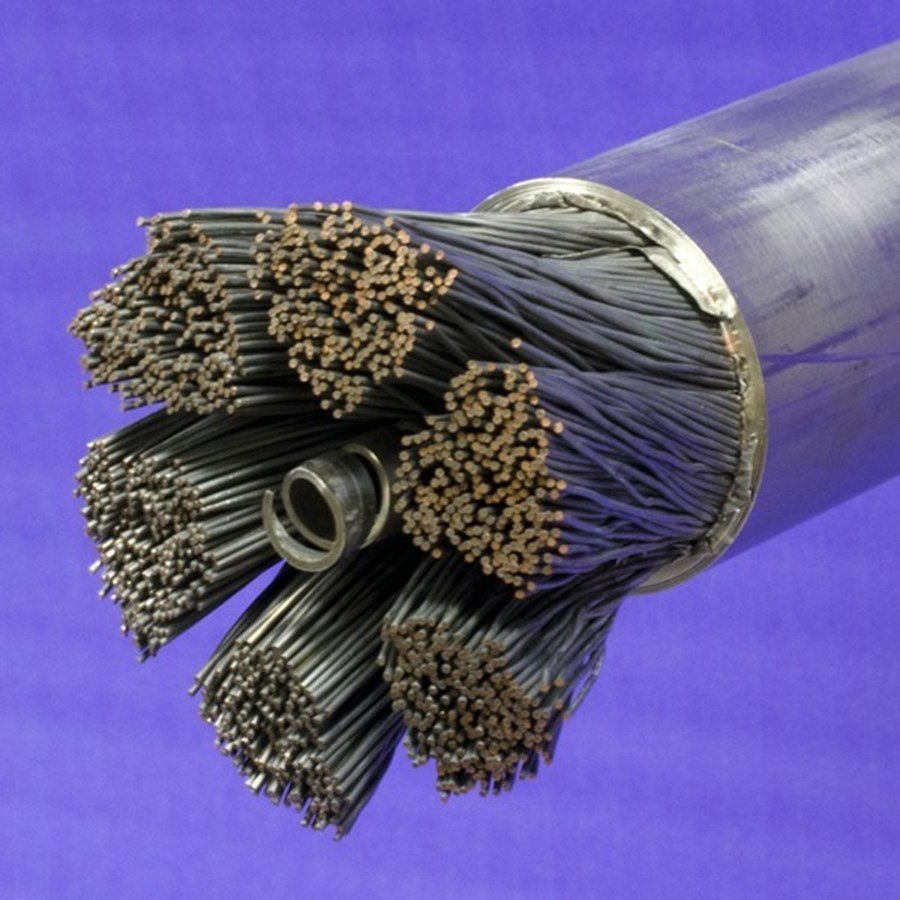 Superconducting magnets are the core enabling technology for Tokamak Fusion Reactors and their performance and reliability are paramount for reactor operations. The materials are very expensive and typically the magnets, with associated systems, amount to nearly half the cost of the reactor. Tokamaks employ complex magnetic fields to confine and circulate the plasma. Three principal sets of magnet coils are used: toroidal; poloidal and solenoidal, as shown in the figure below. 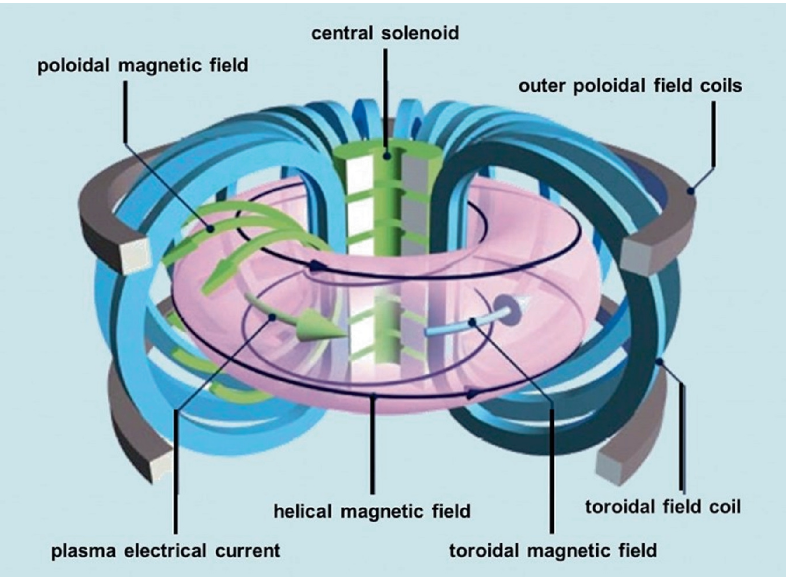 ITER, as well as DEMO, plans to use Niobium-Tin and Niobium-Titanium superconductors, which necessitate maintaining the magnet coils at 4°K (-269°C) using liquid helium cooling within a cryostat.

A feature of superconducting magnets is that if certain threshold conditions are not respected (cryogenic temperatures, current density, magnetic field), their zero resistivity characteristic is lost and the conductors become resistive. This transition from superconducting to resistive is referred to as a "quench". If a quench occurs there is a risk that large amounts of energy, including resistive heating, will be dumped in the coils of the magnets, causing damage. A sensitive quench protection system is required that can divert (or "dump") - following an alert from a network of sensors - the energy associated with the circulating coils into an external bank of resistors. Such an event is referred to as a Fast Safety Discharge (FSD).

Another requirement to protect the superconductor, is shielding outside the breeder blanket to eliminate any flux of energetic neutrons which could generate heat or cause radiation damage and neutron activation in the coils and their cryostat.

Although the use of superconducting magnet is now common in medical imaging (MRI) equipment, several pioneering scientific devices have experienced serious problems with the technology. Some examples are given in this section.

Tore Supra was the first large tokamak to employ superconducting magnets. The machine was operational from 1988-2010 with niobium-titanium conductors for the toroidal coils, designed with a maximum field in the coils of 9T. Tore Supra holds the record for the longest stored plasma at 6.5 minutes. Complete acceptance tests were performed before assembly on the coils at the nominal current of 1400A giving a reduced field in the coils of 5.4T.

After the assembly of Tore Supra there were some problems with superconducting coils. The first fault occurred in a toroid coil during the commissioning phase at a reduced current of 600 A. The coil developed a short circuit and had to be replaced, an operation which took 6 months of work. Later during the commissioning at nominal power, test FSDs were initiated which caused abnormal heating in three coils. In the coil with the most severe overheating, a limited short circuit was diagnosed, which later, in operations, disappeared.

In the operation of Tore Supra, most of the FSDs were not due to quenches but occurred for other reasons and the recovery only caused short downtimes. After the initial problems, Tore Supra operated successfully for 18 years. A paper describing this experience, Tore Supra Superconducting Toroidal Magnetic Field System, concludes emphasizing the importance of the pre-assembly acceptance tests in superconducting conditions.

The Large Hadron Collider at CERN is the world's most powerful particle accelerator. The accelerator has 1232 dipole superconducting magnets with niobium-tin conductors, each 15 m long with field of 8 T. It uses cryogenic technologies demonstrated in Tore Supra. Standard procedure at CERN is to perform acceptance tests on all magnets  at nominal operational conditions before installation. 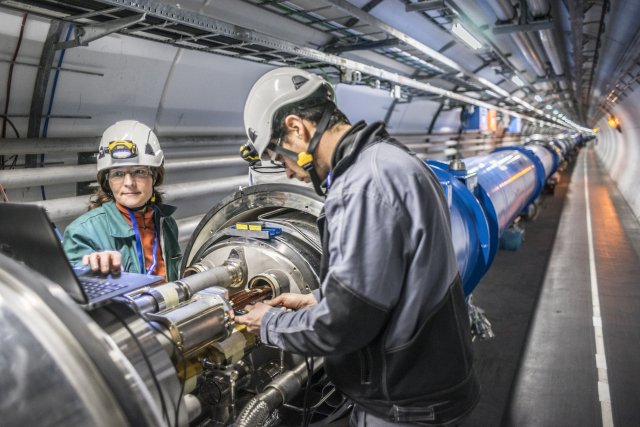 Very early in LHC operations there was a major fault with one magnet which caused a massive helium release and extensive mechanical damage: Analysis of LHC incident. This led to more than a year's delay in the project and a large cost for corrections to be made.

ITER has four different systems of superconducting coils as indicated in the figure below. 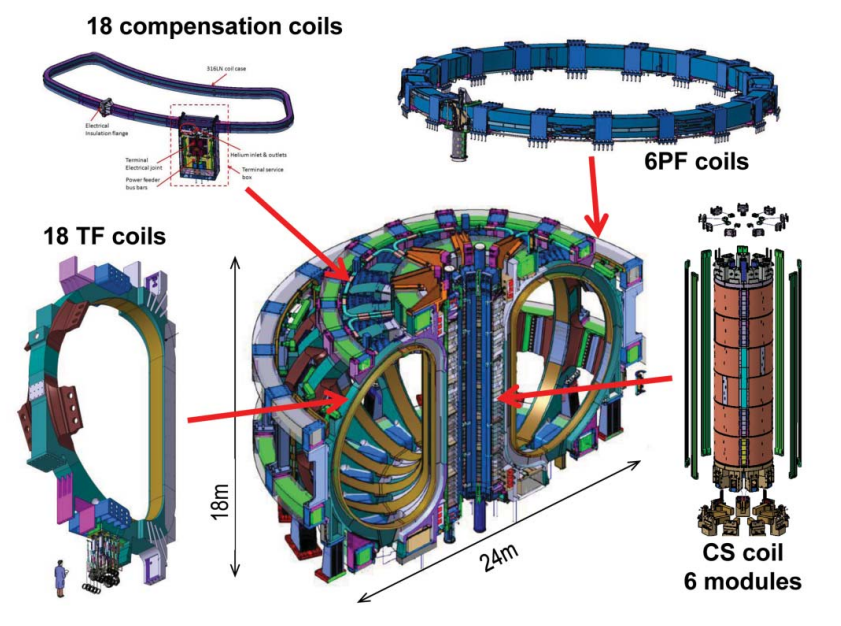 A decision has been taken not to fully test all the coils before assembly. This protocol, described in: Quality control in the design, fabrication and operation of the ITER magnets, N. Mitchell, is to only test the Toroidal Field (TF) and Poloidal Field (PF) coils before assembly at liquid nitrogen temperature and not at superconducting temperatures. This means there are no powered tests before the completion of the tokamak. Only temperature stress tests to 80K and insulation tests are made. The Central Solenoid (CS) coils are fully tested in operational conditions at liquid helium temperatures.

Risks of limited Testing in ITER

Extensive testing is used in most engineering projects to avoid problems in operation. The "Bathtub Curve" shown in the figure below showing the high rate of component "Infant Mortality" is typical of many systems. Pre-assembly testing aims to reduce the risk of infant mortality in components. 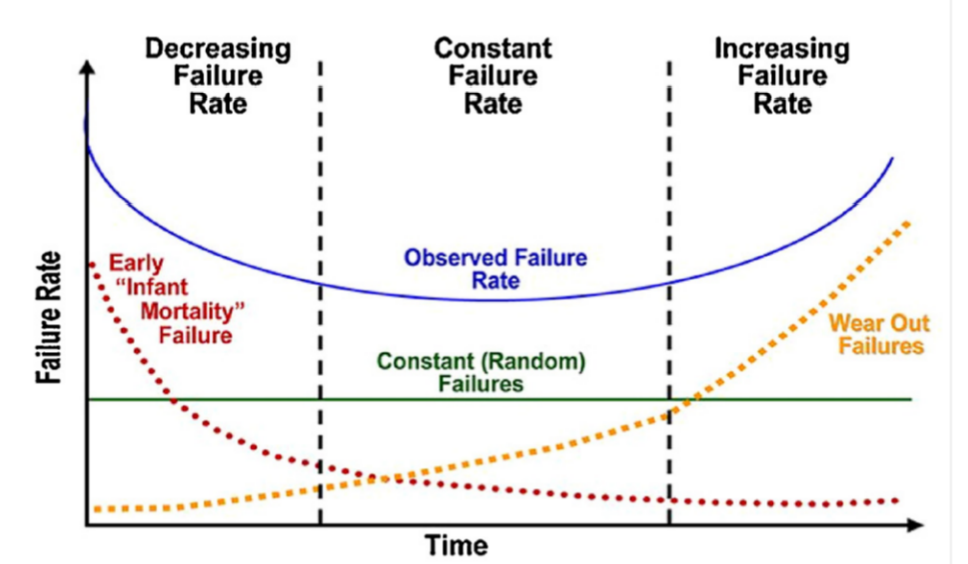 Contrary to standard protocols for magnet testing in other organizations, like CERN, and other tokamaks, like Tore Supra, ITER has chosen only to make limited tests on most of the superconducting magnets.

If a major coil fault appears after assembly it would seem to be impossible to make a repair without complete disassembly of the tokamak, which would be a very long and expensive process. An estimate is made in Abdou et al.(2015) for the major fault rate in the superconducting coils of the US-DEMO design and gives a rate of 0.4% per year per coil. If this risk is the same for ITER with 24 coils it translates to a risk of breakdown at 10% per year, emphasising the huge risk taken.