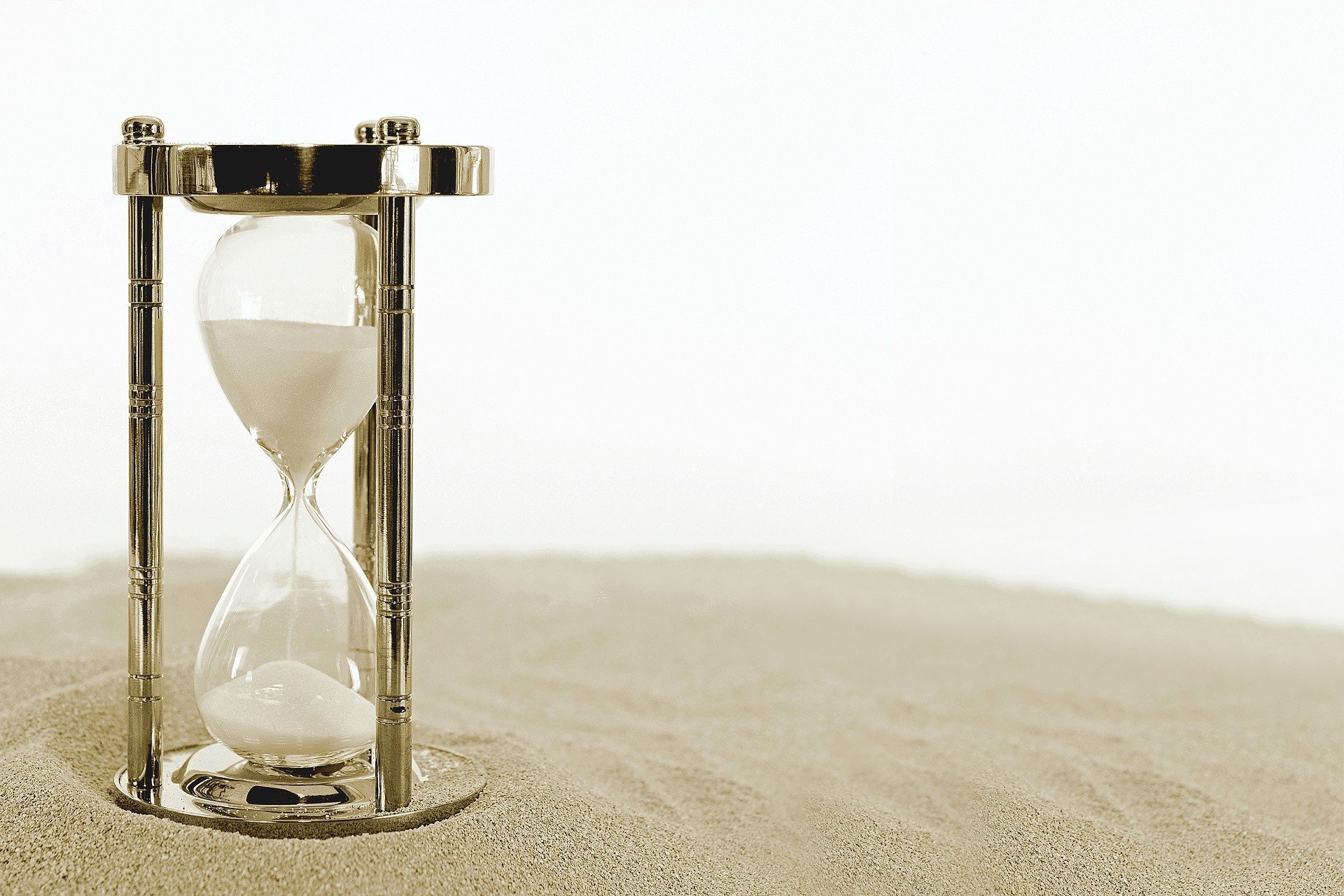 Fusion research lives with the witticism: "Fusion is the energy of the future and always will be". The task is so complex, with so many unsolved problems, that there must be doubt that an economy based fusion power plants will ever come into existence, nevertheless many plans are in place for the path towards this.

Although ITER is a project of international cooperation, for the future there will be numerous national or continental schemes towards commercial fusion power. Different countries have different strategies towards the ultimate goal of commercial fusion power plants. The two schemes below indicate different progressions from ITER to commercial power. In the first case, passing through a small test reactor (< 500 MW fusion power) to a DEMO prototype (~2000 MW fusion power) and in the second case, skipping the test reactor and going straight to DEMO with a parallel test program feeding the DEMO design.

The timeline below shows the European fusion plans for a DEMO plant which would generate 500MW of electricity. The timeline of DEMO is dependent on the success of 6 milestones from ITER. A particularly essential milestone is the validation of the Tritium Breeder Module of which there is considerable doubt, with some experts predicting that ITER will not provide an adequate demonstration of the complex systems required to recycle tritium in a real reactor. 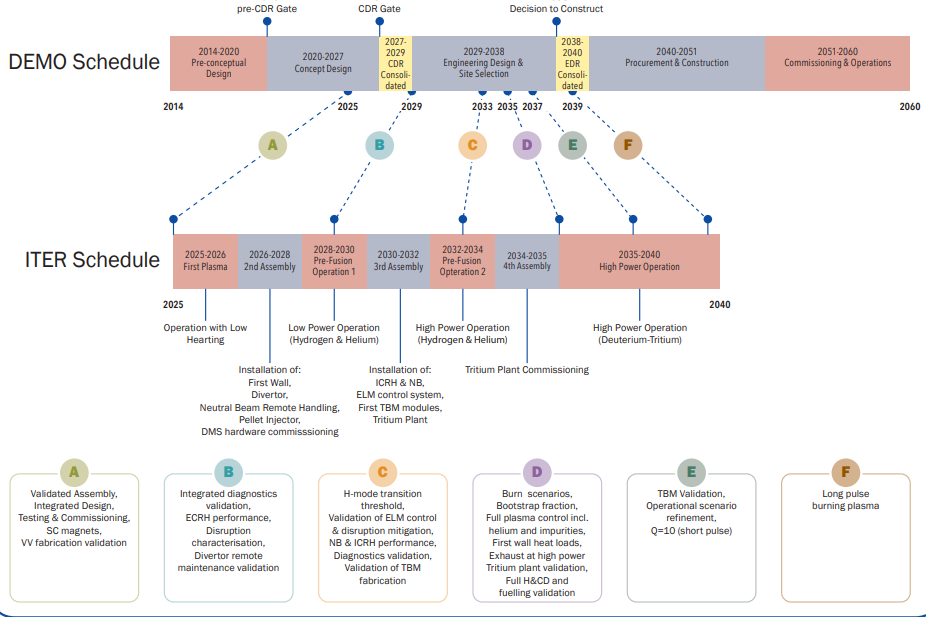 The Chinese plans are illustrated below and show after ITER, a first prototype reactor of, 200 MW, further validating certain systems, followed by a 1 GW reactor. 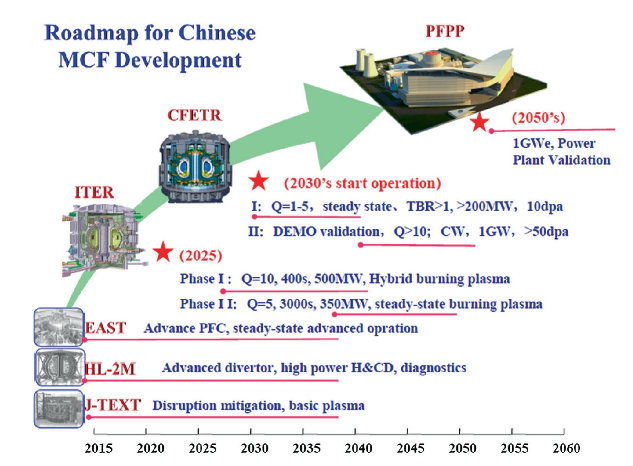 Schedule in China towards a DEMO type reactor

US Plans towards DEMO

In the US, many scientists and engineers propose the extra R&D facility, FNSF, between ITER and a DEMO fusion reactor prototype. Neither this facility or the US DEMO is funded as yet.

The plans above suggest operational prototype power plants around 2050-2060, to be followed by commercial power plants. As discussed in the pages, Impossibility of Tritium Fuel Supply and Breeder Blanket, the tritium fuel supply is an unsolved problem and has been called a "show-stopper". A rational plan towards commercial fusion would recognize this and do everything possible to solve it.  Research on tritium breeding has been in progress for 40 years and realistically many decades of innovative research and developments are needed to find a solution, if indeed there is one. It might be that China, is able to make rational decisions without having to worry about "Green" politics. It is the view of this website that accepting a slower approach with a further engineering step between ITER and DEMO is that rational approach.