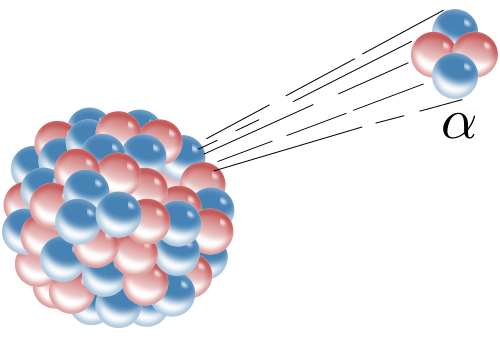 Advocates of Nuclear Fusion often claim, as an advantage of fusion, that the radioactive risks and waste in a fusion reactor are much lower than in fission reactors. For example the ITER website says:

No long-lived radioactive waste: Nuclear fusion reactors produce no high activity, long-lived nuclear waste. The activation of components in a fusion reactor is low enough for the materials to be recycled or reused within 100 years.
Limited risk of proliferation: Fusion doesn't employ fissile materials like uranium and plutonium. ... There are no enriched materials in a fusion reactor like ITER that could be exploited to make nuclear weapons.
No risk of meltdown: A Fukushima-type nuclear accident is not possible in a tokamak fusion device. It is difficult enough to reach and maintain the precise conditions necessary for fusion—if any disturbance occurs, the plasma cools within seconds and the reaction stops. The quantity of fuel present in the vessel at any one time is enough for a few seconds only and there is no risk of a chain reaction.

These sort of statement are starting to be used to promote fusion reactor over fission reactor, which is not realistic, as explained throughout this website.

The current page gives information on the realities of radioactivity in fusion nuclear reactors.

In nuclear fission reactors, the dominant source of radioactivity in from the breakup of the uranium nuclear leading to radioactive isotopes. In fusion the primary fusion reaction leaves no dangerous isotopes but the neutrons emitted from the reaction create radioactive isotope when the hit the surrounding material. This process is called Neutron Activation and is illustrated in the figure below. 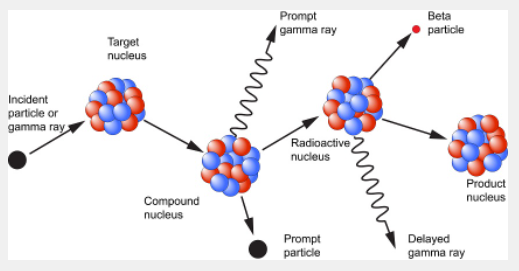 The development of the neutron activation is different for every element. For some materials, there are no long lived radioactive isotopes produced while for others there are with varying half-lives. The plot below indicates all the known isotopes.

Radioisotopes as a function of number of neutrons an number of protons in the nucleus. The colours indicate their half-lives: Black-stable, red-years, green/blue-seconds or less. 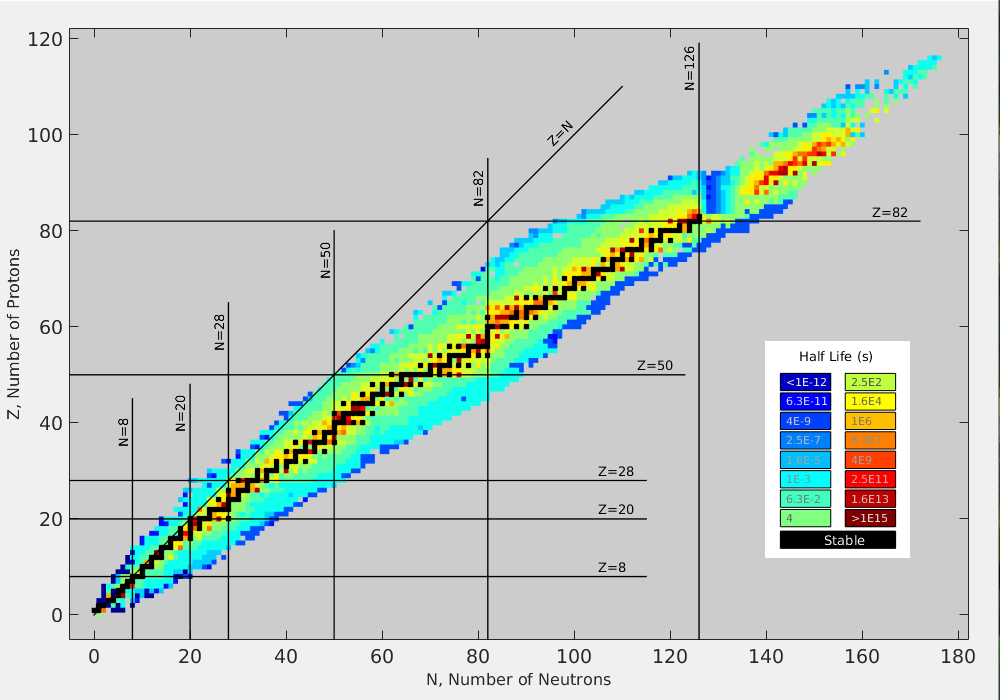 Isotopes in the yellow to red ranges have health risk concerns in different situations.

The levels of radioactivity in fusion reactors have been estimated in initial design. There is significant uncertainty in what will be the real radioactivity levels because everything depends on the materials used and especially on the impurities in the finally delivered materials.

Fallout in accident at a Fusion Power Plant